Whitaker hearing blows up after lawmaker asks him who was behind his mysterious $1.2 million payment from non-profit 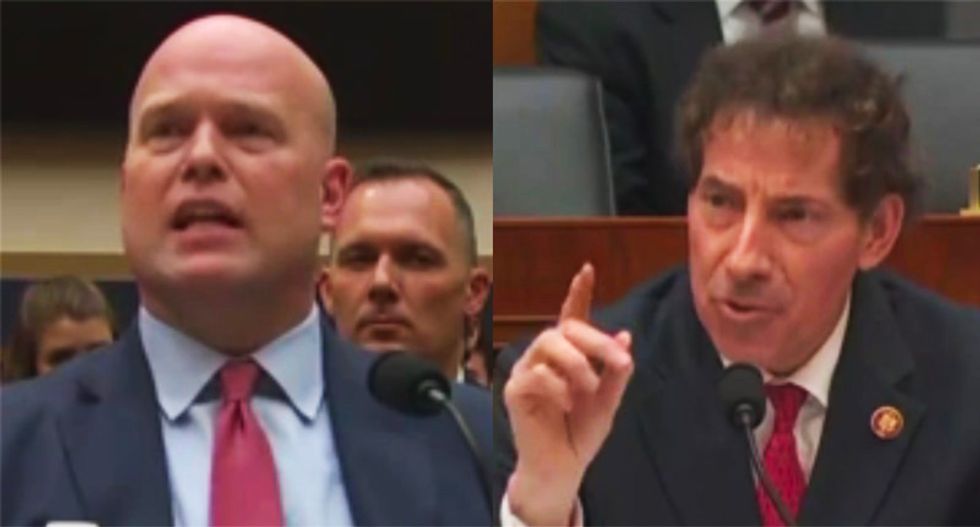 The highly contentious Matt Whitaker House Judiciary Committee hearing turned into a shouting match late in the afternoon when a Democratic lawmaker brought up a mystery million dollar payoff he received from a conservative non-profit which refuses to reveal its donors.

Under intense questioning from Rep. Jamie Raskin (D-MD), Whitaker attempted to bat away questions which led to continuous crosstalk as the acting Attorney General spoke over the Democratic lawmaker.

When order was restored, Raskin pressed Whitaker, asking, "See if you can get into this. Tell us where the money came from, that you were paid? The $1.2 million."

As he has done all day, Doug Collins (R-GA) jumped in with a point of order, running interference for Whitaker, with the parliamentary move swatted away by Chairman Jerry Nadler (D-NY).

"It was reported publically that it was one donor," Raskin continued. "As we understand it, you were the sole employee of the group. So there was one donor and one employee. Do you know who the donor was to the group who funded your salary for $1.2 million?"

"Yes, I do," Whitaker tersely replied.

"Who was the donor?" Raskin pressed.

"The donor was another non-profit organization called the Donor's Trust," he replied.

"That was the pass-through vehicle, " Raskin shot back, before pressing him once again, and hinting that he believed the payment was funneled to Whitaker by billionaire casino owner Sheldon Adelson.

You can watch the questioning below: