‘He won’t even stand in the rain’: MSNBC's Mika says Amy Klobuchar is obviously tougher than Trump 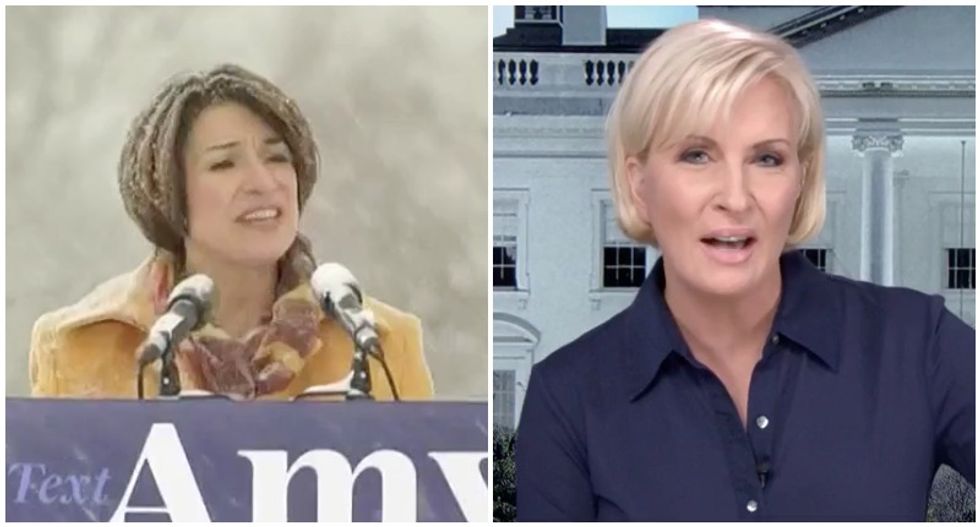 MSNBC's Mika Brzezinski mocked President Donald Trump, and said one of the women hoping to challenge him for the White House next year had already shown she was much tougher.

The "Morning Joe" co-host said Sen. Amy Klobuchar (D-MN) had already proved her mettle by announcing her bid for the presidency in a snowstorm.

"She put out a visual there," Brzezinski said. "I don't know if everyone completely got it this way, but looking at her standing in subzero temperatures with the snow blowing down on her face and everyone freezing but wanting to be there for her, Donald Trump would no sooner stand in a snowstorm with his bone spurs getting cold than he would enlist at some point in his life and serve his country. "

Host Joe Scarborough reminded viewers that Trump had skipped an event commemorating the 100th anniversary of the end of World War I because of drizzle, and Brzezinski poured on more ridicule.

"He won't even stand in the rain," she said. "Correct. To me, it showed a strength and a grit and a visual that stood her up against Trump right there and set her apart. I thought it was really cool."