'Trump is sitting in a lawn chair fanning himself': Watch MSNBC panel trash the president over leaked schedule 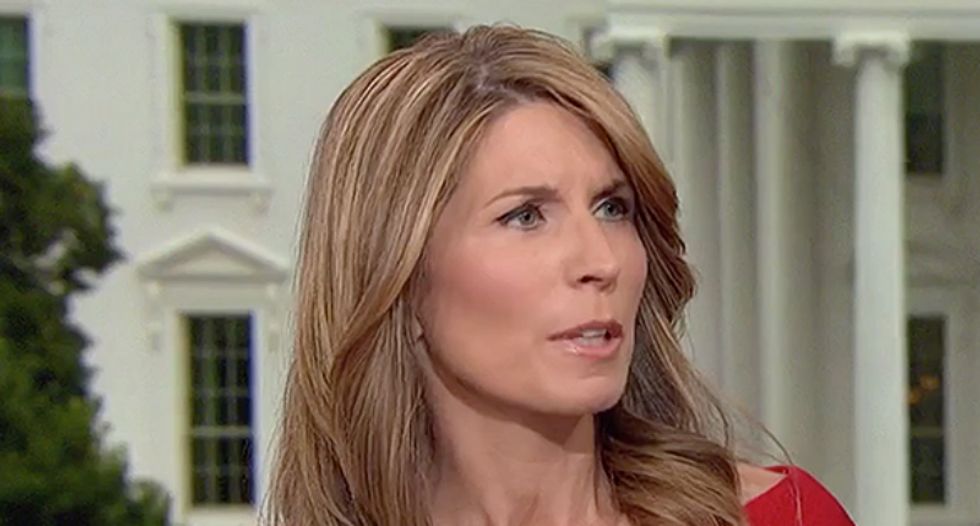 On Monday, MSNBC's host Nicolle Wallace compared President Donald Trump to a seven-year-old child after another schedule was leaked showing that the president spent the majority of his day in "unstructured executive time."

"Donald Trump still managed to spend between three to eight hours a day in unstructured executive time," she said. "Which we know now involves tweeting away in front of the television."

"It doesn't mean you're working because you're awake and watching Fox," Wallace said.

Alexi McCammond, a reporter for Axios then explained that Trump even tweets during the times he is apparently working.

"[I was] tracking the tweets during times he's supposedly meeting with his chief of staff or during intelligence briefings or policy times because it's not infrequent," she said.

"If he were seven, it would be called screen time. As a mother of a seven-year-old, screen time is more structured than his executive time. He's never doing what he says he's doing," Wallace said.

Former DNC senior advisor Doug Thornell said that if most Americans had a work ethic like Trump they would be fired.

"If most American workers kept a work schedule like this, they would be fired," he said. "He thinks he has a no-show job where he can just show up and do the bare minimum such as, sit around in a lawn chair and fan himself like a 'Soprano' character while everybody else around him is working."