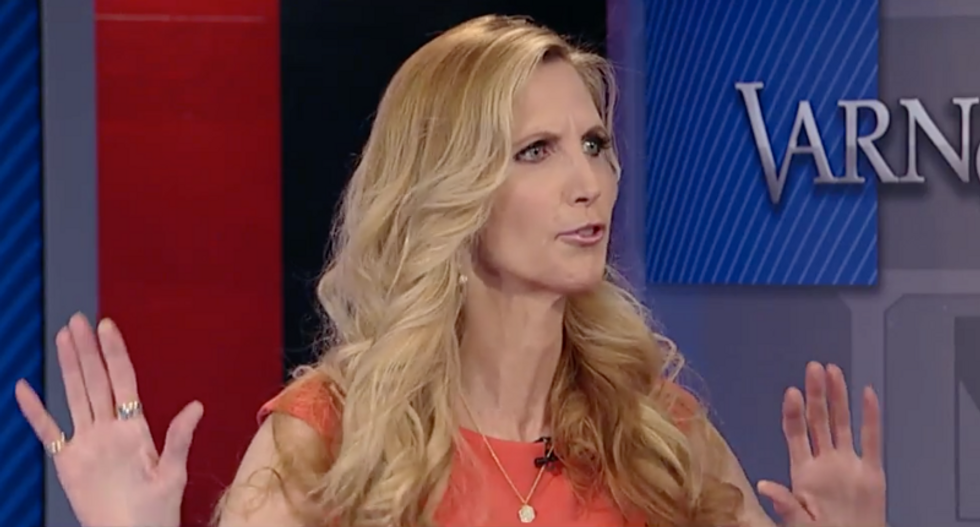 During a speech at a Palm Beach luncheon, conservative gadfly Ann Coulter complained that she is having trouble finding people to listen to her since she has become a high profile critic of President Donald Trump.

According to a report in the Palm Beam Beach Post, Coulter -- who has been frustrated by Trump's inability to stop immigrants coming into the country a pace that suits her -- called the president a "shallow, narcissistic con man" during her rant.

Of more concern to Coulter, who depends on reporting about her comments to remain on the public eye, she now finds herself in a spot where she can't find people willing to engage with her.

“It’s frustrating,” Coulter told the Forum Club of the Palm Beaches luncheon crowd. “I can’t talk to Trump detractors because, as the subtitle to my last book indicated, they’re insane. I can’t talk to the Trump flatterers because they think as soon as it comes out of his mouth, it has happened. No, he’s an excellent talker. It’s just when it comes to doing anything that he falls down on the job.”

Coulter also used her comments on Trump's narcissism to then blame the media, saying, "That doesn’t mean the media are not the enemy of the people. Both things can be true,” adding that she hoped Trump's presidency would lead to the “total destruction of the lying media.”

Following the luncheon, Coulter was asked about the president firing back at her and calling her names like "nut job," only to reply: “I don’t know why he doesn’t just ignore me. He doesn’t mind ignoring the rest of his base."

You can read more about Coulter's deteriorating relationship with the president here.