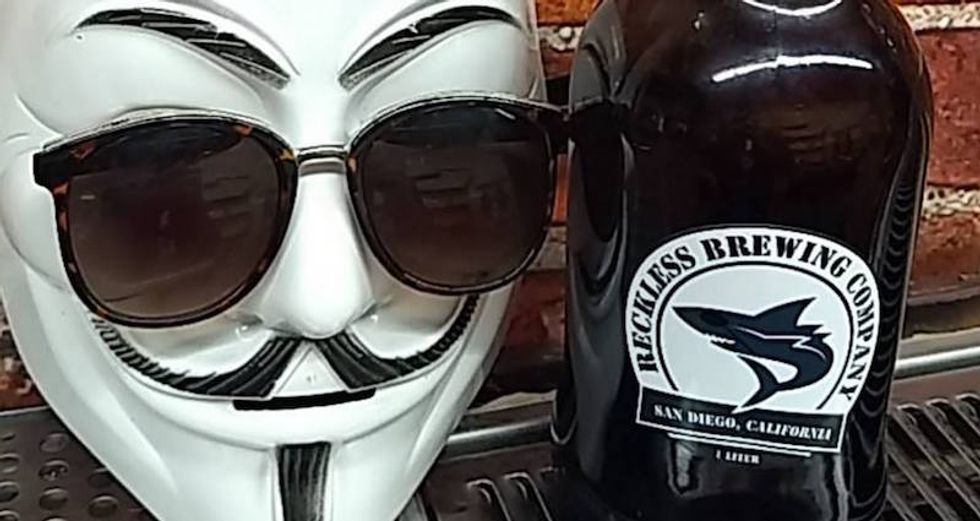 A Guy Fawkes mask next to a bottled beer from San Diego's Reckless Brewing Company. Image via the company's Facebook.

A San Diego brewery is the subject of backlash after mocking Martin Luther King, Jr. to sell its "Black Lagers Matter" beer.

Vice Munchies reported Friday that Dave Hyndman, the owner of the Reckless Brewing Company, made a since-deleted post riffing on King's famous "I Have A Dream" speech.

In the post, Hyndman mimicked the language of the famous civil rights speech and joked that dark-colored beers were discriminated against.

"I have a dream," the post read. "I have a dream of a world where beers are judged not by their color but by the content of their character."

As Munchies noted, the response to the since-deleted post was swift.

As Munchies noted, the brewery's owner complained that those offended by the joke post "have no sense of humor."

"Does it affect your opinion if [sic] me if I told you that I ran the beer name in the post by some African American customers and they said they liked it?” Hyndman said in a reply to his subsequent posts, which were also deleted.

As the report noted, Reckless had been involved in beer name controversies before after naming an amber ale "Genocide," an IPA "Crazy Stupid B*tch" and "Adam and Steve's Friends of Dorothy Fabulously Fruity Super Gay Beer."