Barbara Bush no longer considered herself a Republican in the age of Trump: biographer 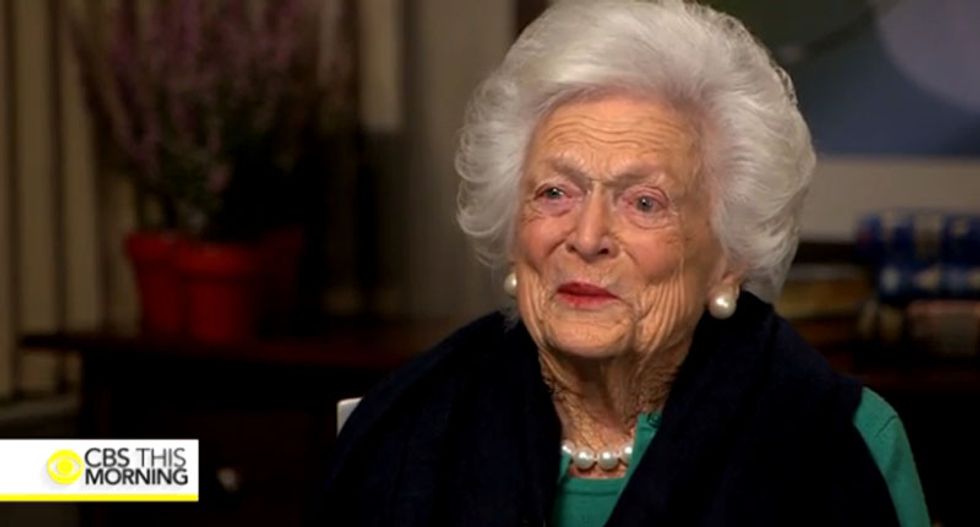 Barbara Bush kept a clock on her bedside that counted down the days, hours, minutes and seconds that remained of Donald Trump's presidency, and it was beside her when she died.

The former first lady had been given the clock by a friend as a joke, but Bush placed it next to her bed and moved it near the chair where she watched TV or do needlepoint, reported USA Today.

Bush told writer Susan Page that she hadn't expected Trump, whom she'd long abhorred as the "real symbol of greed in the 80s," to win the 2016 election, but she "woke up and discovered, to my horror, that Trump had won.”

Bush was bothered by Trump's rude treatment of her son, Jeb Bush, as they battle for the Republican presidential nomination, and she felt estranged from the GOP her husband George H.W. Bush and son George W. Bush had once led.

Page, in a series of interviews, asked Bush whether she still considered herself a Republican in the age of Trump.