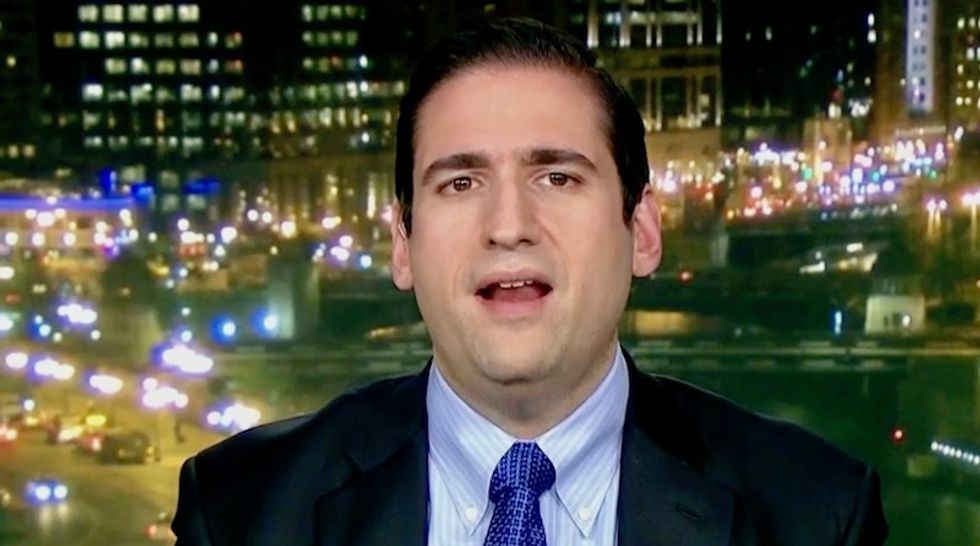 Former federal prosecutor Renato Mariotti explained in a Twitter thread Sunday that special counsel's findings revealed a lot, but that there is still a great deal that Americans still don't know.

Mariotti explained that Attorney General Bill Barr's letter "raises many questions and is *not* the full report. But it does tell us many things that are very important."

His first example was that it outlined the unbelievable information processed by the investigation. Mueller issued 2,800 subpoenas and interviewed 500 witnesses.

"That is an amazing amount of work to complete in under two years, and it suggests that he thoroughly investigated these matters, even though there appear to be many remaining issues that he handed off to other components of the Justice Department," he continued.

"For better or worse, the Mueller investigation has been wrongly turned into an exercise in whether 'collusion' can be proved," Mariotti explained. "I've said many times that 'collusion' is not a legal term, and explained why that was *not* Mueller's mission."

Indeed, collusion is not a legal distinction. The charge would be "conspiracy."

Barr said that he quoted directly from Mueller's report: "The investigation did not establish that members of the Trump Campaign conspired or coordinated with the Russian government in its election interference activities."

"You may be asking yourself -- What about all of the evidence showing links between the Trump campaign and Russia?" Mariotti continued. "Links in themselves do not prove beyond a reasonable doubt that someone knowingly joined a conspiracy with the intent to further that conspiracy. I cannot speak as to 'coordination,' which is not a criminal law term (it's a counterintelligence concept) but there was no publicly available evidence that proved a conspiracy. Delivering internal polling data to a Russian operative, while shady, is not itself a crime."

He did agree that this Trump's allies are right to point to this as a "victory," but he anticipates when lawmakers dig into the Mueller report, evidence will appear "less conclusive" than what is being presented today.

"That's not unusual. When I was a federal prosecutor, at times I declined cases where there was a lot of evidence that appeared very troubling, simply because I lacked sufficient evidence to prove a key element beyond a reasonable doubt," he said. "But one thing that prosecutors always do is reach a conclusion, one way or another. And that makes the other piece of Barr's letter very troubling and bizarre. He said that Mueller 'did not draw a conclusion--one way or another' regarding whether Trump obstructed justice."

He noted that Barr claimed Mueller's report said there were "difficult issues" when it comes to obstruction, and as such Mueller decided not to reach a conclusion.

"For what it's worth, I agree with Mueller that there are difficult issues of law and fact," Mariotti said.

His first example was that Trump's best defense on obstruction of justice seems to be that his own state of mind is "complicated."

"I've long said it is likely Mueller *would* conclude Trump obstructed justice, because of Trump's many statements and actions," he tweeted, linking to a Politico report on Mueller being convinced of obstruction of justice.

"But unlike Mueller, I have not seen the underlying evidence or listened to witnesses. And no one would dispute that Trump's state of mind is complicated. He may lie so much that it's hard to separate what he truly believes from what he does not believe," he continued. "The legal issues are also complex, because there has never been a case in which a president has obstructed justice by using his official functions. I believe that a president could obstruct justice in that manner, but it is an unprecedented case."