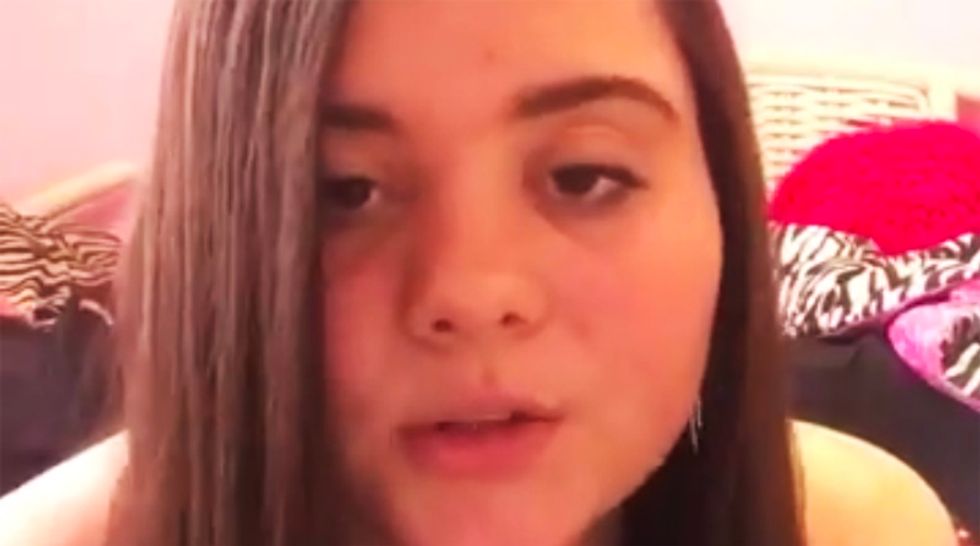 According to Faithwire, Gabby Helsinger was suspended by  Lebanon High School principal Scott Butler over the verses she shared in response to rainbow flags flown by her school's Gay-Straight Alliance (GSA) club.

In a video posted to Facebook by her mother, the teen said she was called in after responding to the GSA while at the same time saying she had no idea what the club was.

According to the teen, she later saw school officials taking them down.

"The next day, I got called to the office and there is a letter that says that I have an ISS, which is an in-school suspension, and the reason why I have it is because ‘abuse of others, disrespect, rudeness’ because I put Bible verses up ‘targeting the GSA organization,’” she continued. “I did not know what the GSA organization was or meant.”

She then accused the school of being anti-Christian, and said she only wanted to share the "word of God" with gay students whom she feels are in need of "help."

“Seeing that there [were] people in my school that needed help … ,” she confessed. “They don’t need to be living in the confusion of wondering if they should be gay, bi, lesbian, trans — anything like that. And I know that God is the only way that they can be healed by that, and that’s why I did it. I was not targeting any kind of organization.”

According to Faithwire, "The question that remains, then, is why Gabby received the suspension to begin with. If the student’s testimony stands, and she was not 'targeting the GSA organization' as Principal Scott Butler allegedly claimed, then it appears her only offense was not receiving prior approval to post the verses, which is a far cry from the accusations of 'abuse' toward other students."

"The concept of same-sex 'marriage' and transgenderism’s denial of God-given biological sex are in direct conflict with Scripture," the piece editorialized. "But if a school claims to allow for these incompatible belief systems to coexist with equal protections, people are bound to get offended every now and then. That is the price of such freedom of expression."

You can read more here, and see the video below: