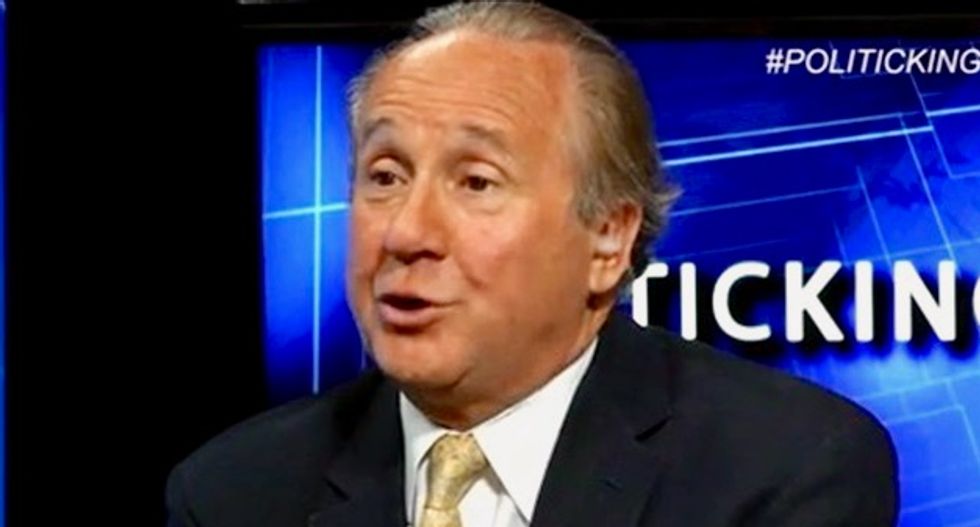 Ronald Reagan's conservative son Michael is sparring with CPAC defenders after criticizing the conference's chairman for allowing Republican-bashing at the event.

The Reagan son's criticisms of CPAC chairman Matt Schlapp began as a commentary against conservative blogger Michelle Malkin, who attacked the "ghost of John McCain" during the event Friday.

Malkin's speech "shouldn't have been given," Reagan tweeted, adding that it is "not a way to celebrate my father."

A speech that shouldnt have been given..Not a way to celebrate my father..Cindy and Meghan McCain respond after CPA… https://t.co/i8fcngy5kM
— Michael Reagan (@Michael Reagan)1551535946.0

In a tweet tagging Schlapp, Reagan pointed out that his dad didn't use the conservative conference "to attack other Republicans."

He then began quoting CPAC defenders who accused the revered president's son of being a "progressive."

One account billing itself as the "alternative" sons of Reagan claimed the former president's son is not truly a GOP member because he doesn't act like one.

"Please tell me how is a Republican supposed to act?" Reagan tweeted, adding that nothing "is accomplished by attacking other Republicans" for an "applause line."

Please tell me how is a Republican supposed to act?What is accomplished by attacking other Republicans accept using… https://t.co/us1Z665tPv
— Michael Reagan (@Michael Reagan)1551537596.0

After another user referred to the late McCain as a "traitor" who was "bitter" that Donald Trump became president and "let the American people down" when he voted against Trumpcare, Reagan slapped back.

"Reagan would have gotten that vote," the beloved president's son tweeted. "And McCain is no traitor."

Reagan would have gotten that vote.Period...and McCain is no traitor.Period! https://t.co/QsirGFPlT5
— Michael Reagan (@Michael Reagan)1551537933.0

Putting to bed any accusation that he's a secret "progressive," Reagan hit back at another user who suggested he is an anti-Trump "Republican in name only" who supported blocked the president's border wall national emergency.

"You may disagree with them," Reagan tweeted, "however the vote may not be anti Trump but [rather concerned with] how the Dems will use it when they get the WH back."

You may disagree with them however the vote may not be anti Trump but concern of how the Dems will use it when they… https://t.co/GQaJQG0kXM
— Michael Reagan (@Michael Reagan)1551538375.0

As the former president's adopted son rage-tweeted at CPAC defenders, it conference's chairman posted a photo of himself sitting next to former Attorney General Ed Meese as he signed Reagan books.