Danger ahead in the constitutional standoff over Trump’s emergency declaration

Here’s how we got to this point. On Feb. 26, the House voted 245-182 under the National Emergency Act to overturn President Trump’s emergency declaration.

After the vote, the president tweeted one word: “VETO!” And in a televised ceremony on March 15, President Trump signed the veto proclamation stating that he did so lawfully under the National Emergencies Act.

The measure now goes back to the House of Representatives, where Democratic Speaker Nancy Pelosi has scheduled a veto override vote for March 26.

The background for understanding what’s at stake begins more than two centuries ago. Looking at how the framers of the Constitution structured the separation of powers and checks and balances between Congress and the president shows how this standoff is better resolved by the political branches rather than by the courts.

A major problem for the framers at the Constitutional Convention in 1787 was how to create a presidency powerful enough to protect the nation, yet constrained enough to prevent a president from becoming a dictator.

Ultimately, the president was given power to enforce the law, conduct foreign relations and command the armed forces. Congress retained most other key powers, including the power of the purse and the power to declare war.

The framers knew they could not predict all that the future would bring. So they left the precise boundaries between presidential and congressional power unclear. This imprecision in our checks and balances has served the nation well for 230 years because it provides the flexibility to govern while preventing tyranny.

As scholars of constitutional law and history, we believe that President Trump’s assertion of a national emergency to build a wall along the Mexican border and the lawsuits filed in response together threaten the very imprecision that has helped maintain constitutional checks and balances for more than two centuries.

To best maintain that balance, this confrontation should be resolved in the political realm. 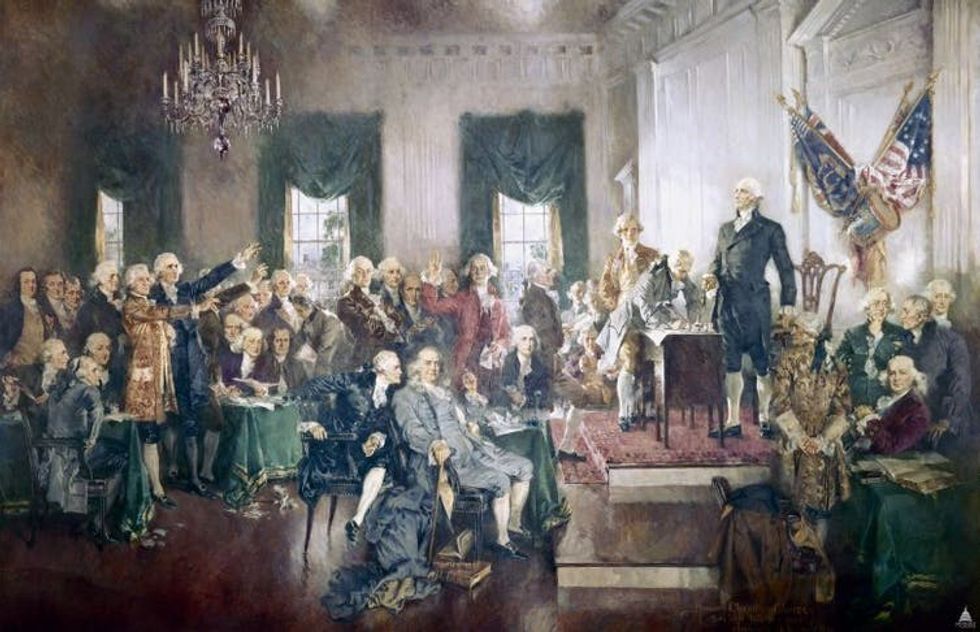 The signing of the Constitution, on display in the House wing of the U.S. Capitol.

Architect of the Capitol/Painting by Howard Chandler Christy

That would set a precedent that would unduly limit national emergency power that some future president may need.

Alternatively, the court could decide the lawsuits in Trump’s favor. That would invert the entire constitutional order, where Congress appropriates and the president spends. It would undercut the checks and balances provided by the framers and lead to an incredibly powerful presidency.

Either result the court reaches would set a bad precedent.

Congress has tried to avert this problem by passing a resolution rejecting the president’s emergency declaration. But, as President Trump knows, those majorities are not veto-proof. The resolution passed each chamber by nearly 60 percent, but not by two-thirds.

But Congress has only overridden 111 presidential vetoes, which is less than 5 percent.

We believe that for Congress to protect the constitutional order its members should muster the necessary two-thirds majority, unlikely as that may be.

If Congress does not override the president’s veto, the lawsuits will probably go to the Supreme Court. The court’s decision has strong potential to do harm to the historic constitutional balance.

That balance was upheld by the Supreme Court in a crucial decision more than 50 years ago.

On April 9, 1952, President Harry Truman declared a national emergency. In the midst of the Korean War, he seized the country’s steel mills on the eve of a nationwide strike because steel was necessary to make weapons. The steel companies immediately brought a lawsuit against the seizure in federal court.

Recognizing the importance of the issue, the Supreme Court heard arguments on May 12, and handed down its decision on June 2.

The court, in Youngstown Company v. Sawyer, rejected the president’s claim by a 6-3 majority.

Justice Robert Jackson wrote an opinion proclaiming a general approach to the balance of powers between Congress and the president, rather than a fixed rule. 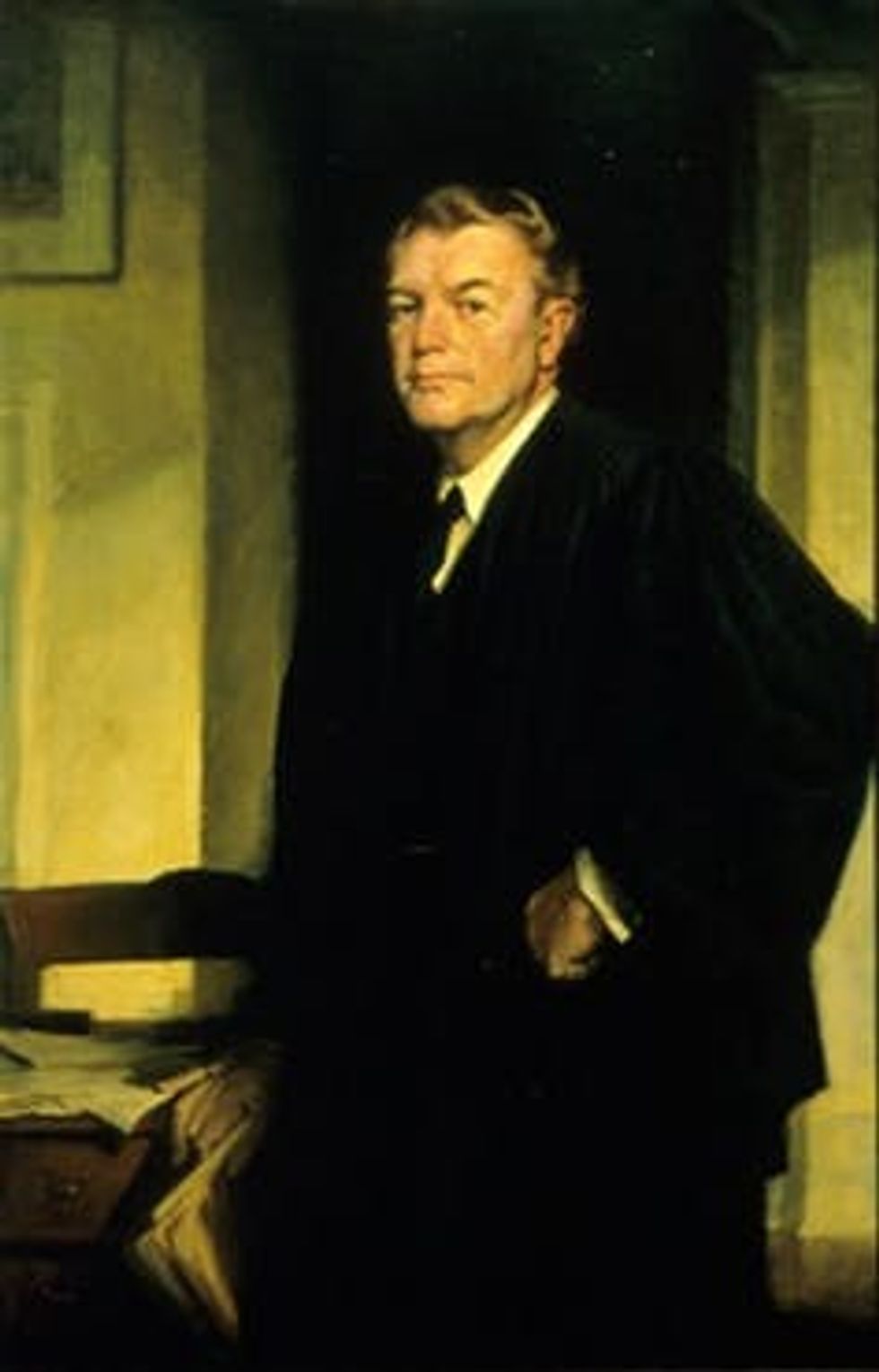 Jackson declared that “when the President acts pursuant to an express or implied authorization of Congress, his authority is at its maximum.”

The president’s power, Jackson wrote, is in a “zone of twilight” when Congress has not spoken. When “the President takes measures incompatible with the expressed or implied will of Congress, his power is at its lowest ebb.”

President Trump is acting contrary to Congress’ will by appropriating money Congress has refused to appropriate. He signed a carefully constructed compromise budget bill passed by more than veto-proof two-thirds majorities in both houses. He accepted the US$1.375 billion that the bill gave him for a border wall.

He then broke the deal by declaring a national emergency to allocate an additional $6.7 billion to pay for border wall construction.

In two important cases, the Supreme Court has broadly prohibited Congress from giving any of its appropriations authority or responsibility to the president – even voluntarily.

Congress’ adoption of a joint resolution seeking to invalidate Trump’s emergency declaration – an explicit statement of congressional will – provides conclusive evidence that strengthens the argument that the president is acting contrary to Congress’ will. 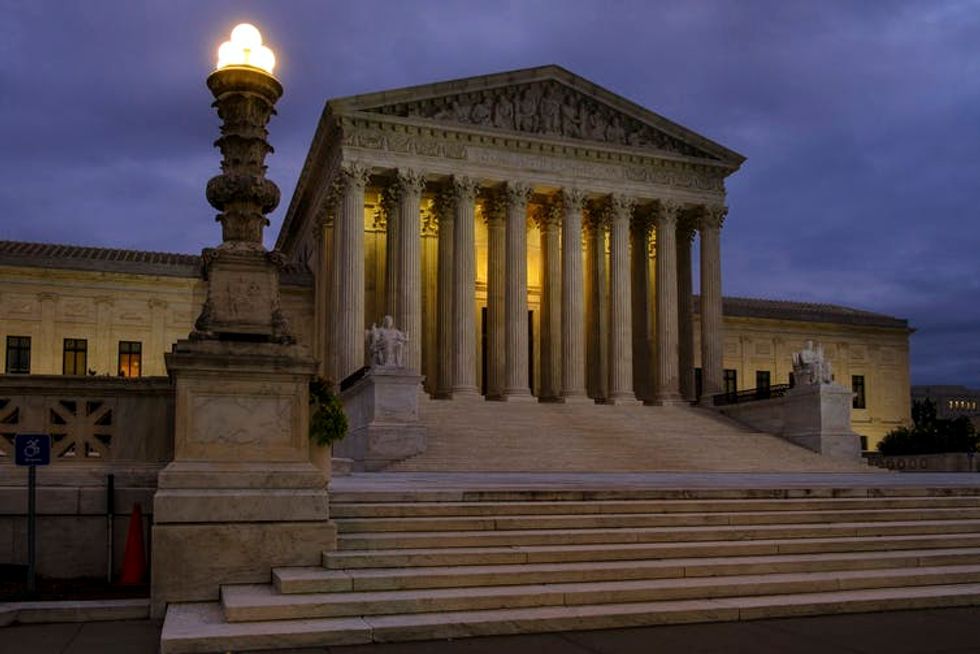 If the case gets to the Supreme Court, the president’s lawyers might argue that for Congress to decisively oppose an emergency declaration of the president, lawmakers must override his veto by a two-thirds vote.

Imposing such a veto override requirement, however, would eliminate the court’s role. That’s because a presidential emergency declaration is immediately invalid if Congress overrides a presidential veto.

Two-thirds overrides are historically unlikely. And requiring a two-thirds vote would give a president who declares a national emergency virtually unlimited power to appropriate money to his or her heart’s content – perhaps hundreds of billions of dollars to address, for example, climate change by subsidizing construction of wind farms.

Congress has already spoken through passing the spending bill and through its resolution to invalidate the president’s declaration of emergency.

This resolution, although vetoed by the president, has more clearly placed President Trump’s declaration in Justice Jackson’s category where presidential power “is at its lowest ebb.”

It also preserves the historic flexibility by allowing the court’s decision to give deference to the votes of Congress in cases of claimed emergencies.

This is an updated version of an article originally published on Feb. 25, 2019.

John Attanasio, a legal scholar and author of “Politics and Capital: Auctioning the American Dream,” (Oxford University Press, 2018) is a contributing author.