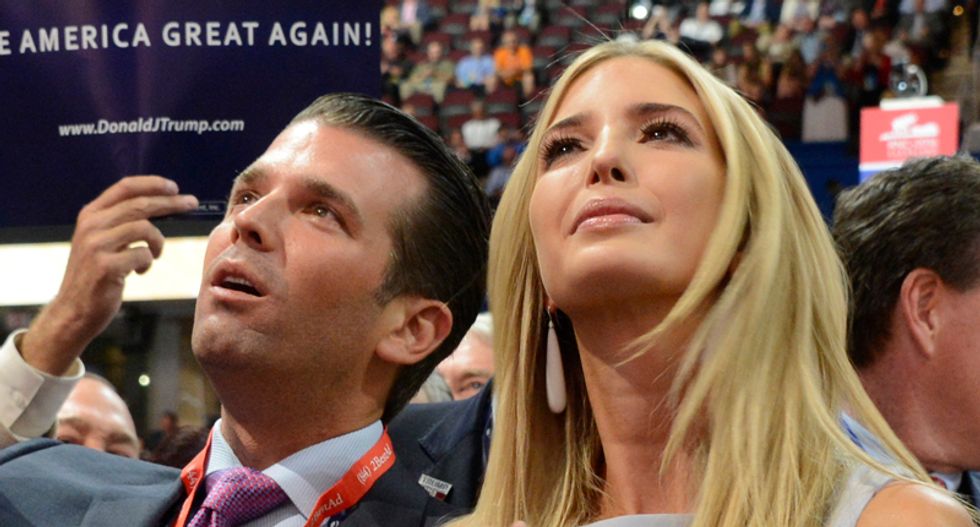 Democrats plan to haul President Donald Trump's children and other close associates before Congress for hearings to investigate the family's business in Russia.

Michael Cohen's testimony was just the first step in an investigation of Trump's business, foundation and presidency that could last into next year's election campaign, top Democrats told Axios.

"Incredible to start an investigation and have six months' worth of leads on the first day," said Matthew Miller, an MSNBC analyst and former Justice Department spokesman.

"It will only be a matter of time before the Oversight Committee requests that Ivanka Trump, Donald Trump Jr. and Jared Kushner speak to congressional investigators about their meetings, conversations and plans for a Trump Tower project in Moscow," said Kurt Bardella, a Republican former senior adviser for the House Oversight Committee. "The Trump Organization will receive requests for all emails, documents, notes and other evidence related to the internal deliberations about the project."

Rep. Jamie Raskin (D-MD), who serves on the Oversight Committee, told Axios that Democratic lawmakers are focusing on the Moscow project, Russian election interference and foreign actors such as Saudi Arabia.

Felix Sater, a Russia-born businessman who worked with Cohen on the Moscow real estate venture, will testify March 14 in an open hearing before the House Intelligence Committee.

Democrats expect to uncover "high crimes and misdemeanors" through these wide-ranging investigation that could eventually lead to an impeachment process.