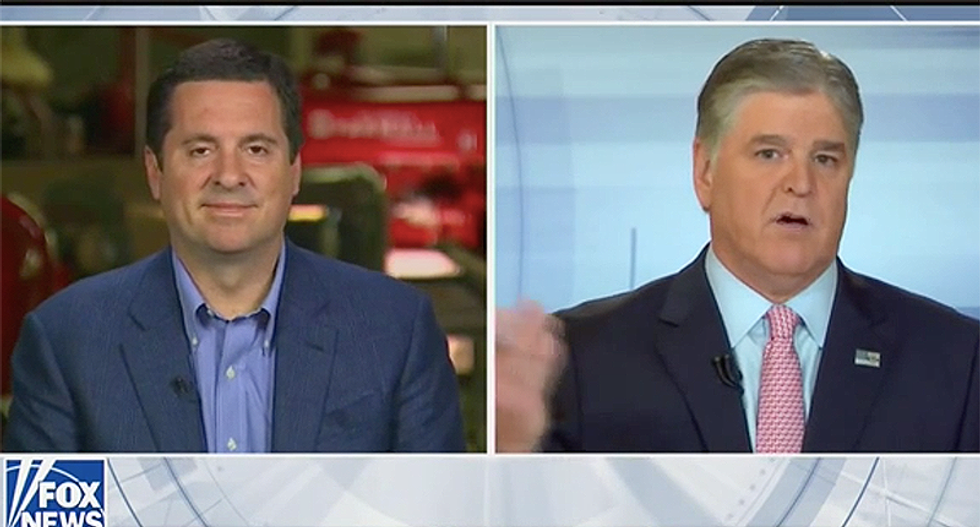 In an interview with Fox News host Sean Hannity, Rep. Devin Nunes tried to claim that his lawsuit against the parody accounts and against Twitter is really more about "fake news" than it is about his own ego.

While Nunes refused to reveal who is paying for the lawsuits, he told Hannity it was just the beginning his war against fake news.

"This is the first of many, Sean, we are actually going after Twitter first because they are the main proliferator and they spread fake news and slanderous news," Nunes said. "The case we were basically making is that this is an orchestrated effort. So people were targeting me, there were anonymous accounts that were developed. Look, there are -- these accounts aren't supposed to exist. Twitter says they don't have accounts that do this."

One of the tweets cited in Nunes' complaint said that he wasn't going to be allowed to play anymore Minecraft if he doesn't return home to his fake mother:

"This is the first of many lawsuits that are coming. But there were several fake news accounts, whether its regards to the Russian investigation or to me, and we have to hold all of these people accountable," Nunes said. "Because if we don't, our First Amendment rights are at stake here. This isn't 20 years ago, Sean. What's happening is that Twitter becomes the gaslighting for all the news. When they are regulating us, they're regulating what people can see on my tweets, which they have done, and they are proliferating out things that they agree with with the algorithms that they develop, they need to come clean. They are a content developer. That's right. If you remember last summer, they shadow banned me."

Nunes explained that a "shadow ban" is a conspiracy theory that Twitter is censoring people they don't like. Twitter allows users to set their timelines to show them only the best tweets from their followers or a running timeline of tweets.