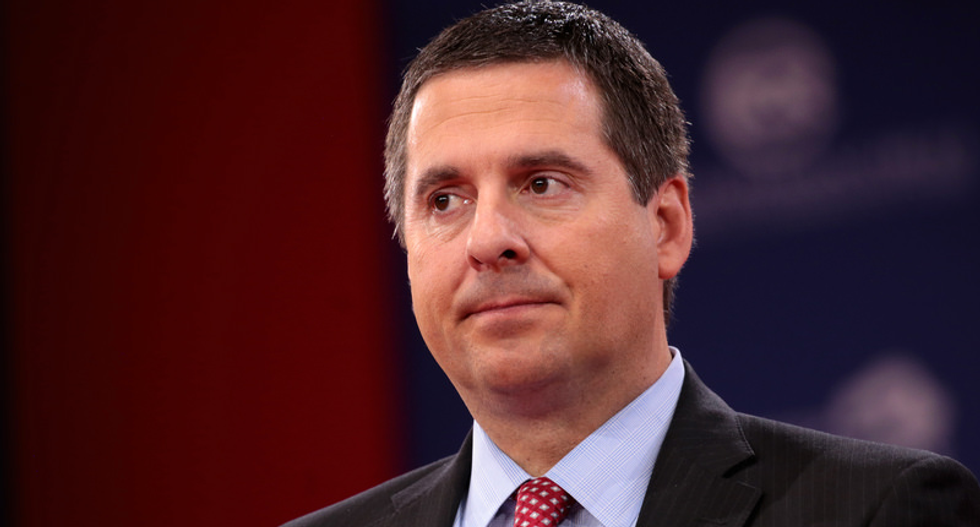 Rep. Devin Nunes (R-CA) is furious at parody accounts on Twitter claiming to be his mom and one of his cows. According to Fox News, Nunes is sick of being mocked and ridiculed on Twitter and is striking back.

"In her endless barrage of tweets, Devin Nunes’ Mom maliciously attacked every aspect of Nunes’ character, honesty, integrity, ethics and fitness to perform his duties as a United States Congressman," the court filing says according to CNN's Andrew Kaczynski.

This was one tweet that Nunes was bothered by in particular:

Twitter allows for parody accounts as long as it's plainly stated in their profile that they are a parody. Presumably, it's known that DevinNunesCow is a parody account as cows don't have thumbs to tweet.

Another problem with Nunes complaint of the parody cow account is that he no longer runs his dairy farm in California and his family's farms have moved to Iowa.

Nunes' case is not likely to move forward in court. The law clearly outlines parody and satire is allowed when it comes to public officials, as Saturday Night Live shows each week.

Nunes is claiming anti-conservative bias, though he would be hard pressed to find evidence of it.