Don Jr and Eric Trump faceplant after trying to mock reporter’s gun tweet: ‘You and your family are laughingstocks’ 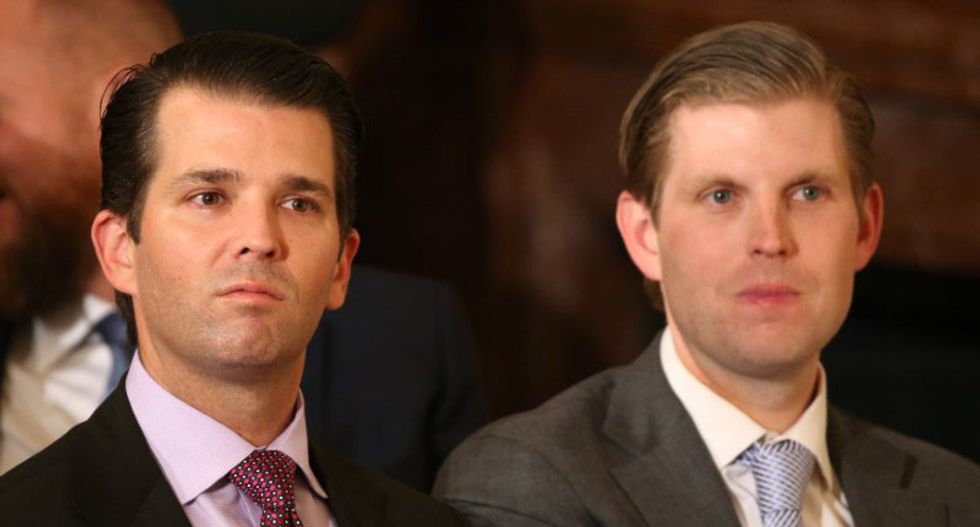 Donald Trump Jr. and his brother Eric attempted to mock a reporter who tweeted out a story about a Capitol Police officer leaving a gun in the restroom -- but they both quickly went down in flames.

Roll Call reporter Bridget Bowman shared an article by a colleague revealing that Lt. Mike Byrd left his Glock 22 in a bathroom Monday night in the Capitol Visitor Center complex, and she tried to convey that the weapon posed even more danger than other firearms.

She later clarified her tweet, citing the original article, saying that a Glock will fire when the trigger is pulled, unlike guns with a traditional safety, but the president's two eldest sons still tried to mock Bowman in pair of tweets.

"OMG a gun that fires if the trigger is pulled!!!!" Donald Trump Jr. tweeted. "I understand full well how a Glock works, I own a few, but this kind of sensationalism is why no one that actually understands guns can have a discussion with the other side. They don’t have a clue but want to make the rules." 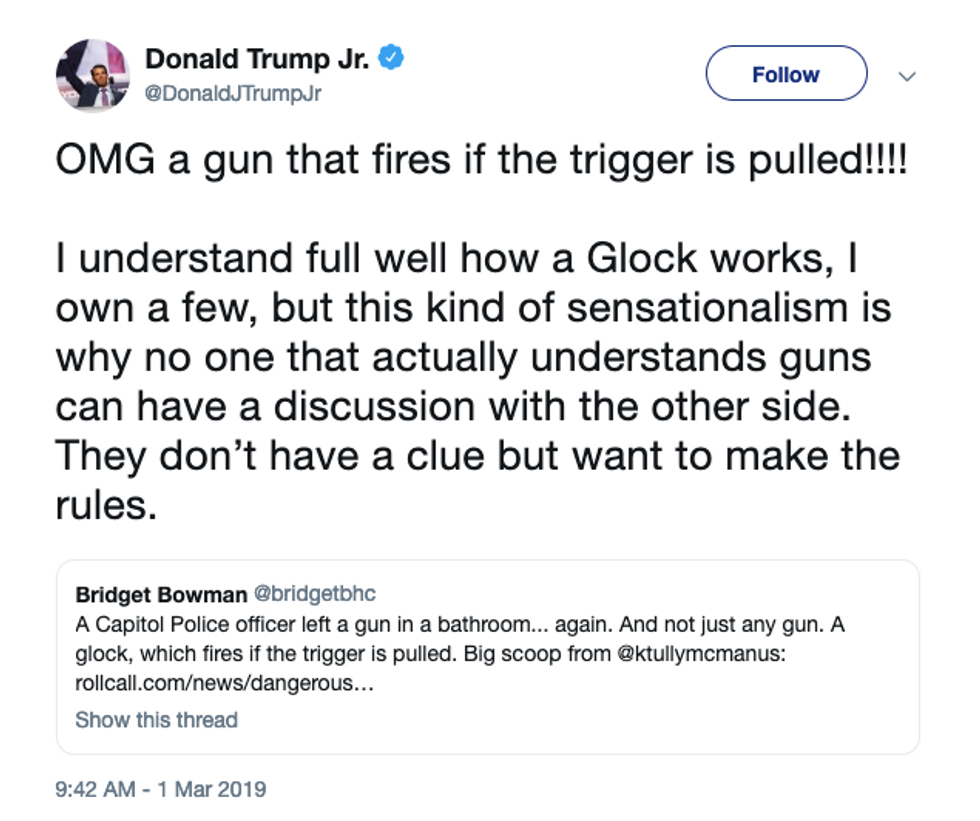 "It 'fires if the trigger is pulled!?'" Eric Trump tweeted a half hour later. 'Generally, thats how firearms work. #BigScoop"

The president's second-eldest son then punctuated his tweet, which he later deleted, with a pair of goofy emojis. 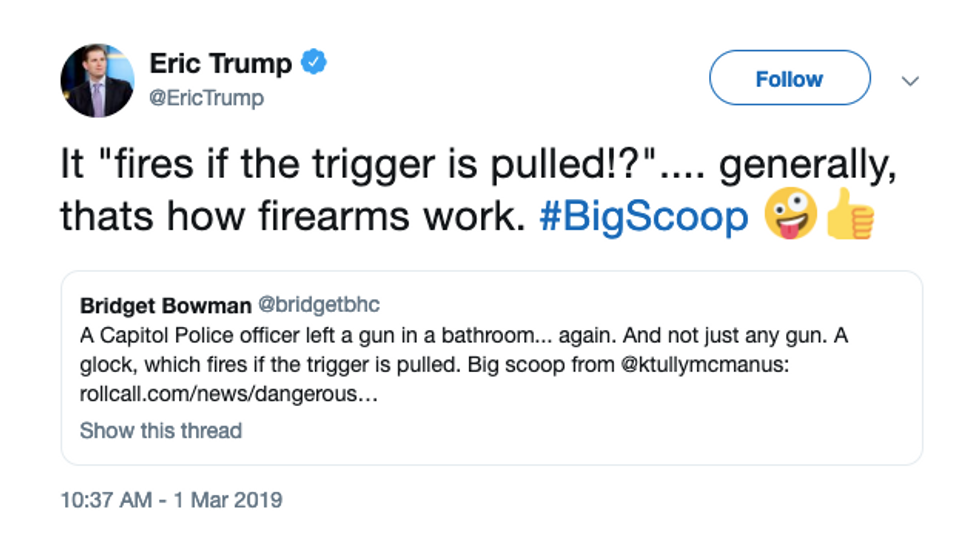 Other Twitter users pounced on the Trumps' half-cocked tweets.

@DonaldJTrumpJr You’re so dumb if you thinks this was actually about the mechanics of a gun rather than the fact sa… https://t.co/9ymlmU6sig
— Robert Manning (@Robert Manning)1551451974.0

@DonaldJTrumpJr What the article is highlighting, this gun effectively has no “safety”. It’s only safety is embedde… https://t.co/nYAQqBtJ4z
— Ethan Embry (@Ethan Embry)1551453056.0

@DonaldJTrumpJr Again you missed the point. You pulled the trigger on sensationalism!
— Packerpam (@Packerpam)1551452601.0

@DonaldJTrumpJr Don’t be an ignoramus. You knew it was a reference to a gun that doesn’t require cocking. Every cha… https://t.co/kRHkDgizpA
— Minty Claire (@Minty Claire)1551456068.0

@EricTrump If you would have taken 2 seconds to read the article it says: "Unlike a gun with a traditional safety,… https://t.co/STVSpZeqN5
— Laura Marie (@Laura Marie)1551454899.0