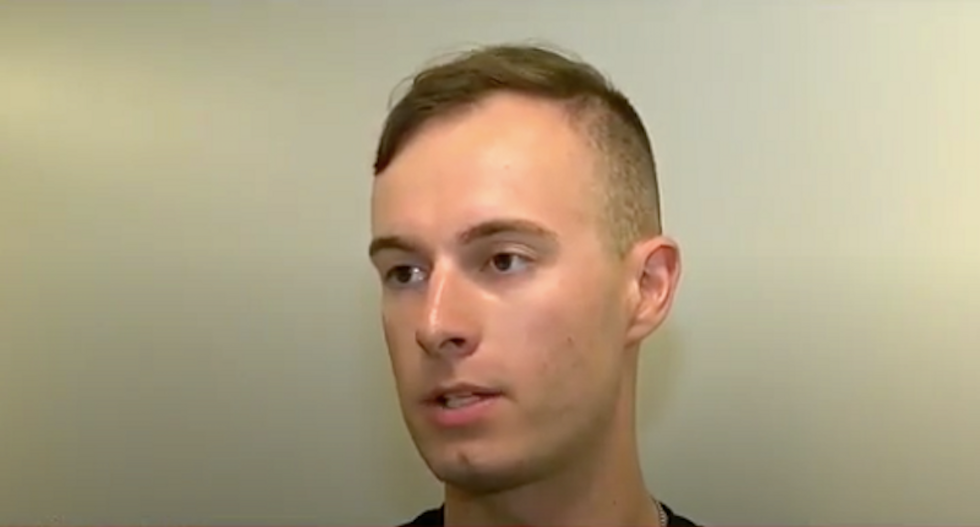 An upstate New York student has been cited for distributing white supremacist propaganda.

Christopher Hodgman was identified as a suspect after stickers advocating white nationalism were spotted throughout Brighton last fall, and then later in Pittsford, reported WHAM-TV.

The 23-year-old University of Rochester student was tracked down after police recovered his fingerprints on the stickers' adhesive, police said.

Police, along with the New York State Attorney General's Office and the Monroe County District Attorney's Office, determined the flyers and stickers were not a criminal infraction, but did violate town code.

The materials said, "It's okay to be white," and promoted the name of a white supremacist group, and some stickers depicted a smiley face with a mustache and haircut like Adolf Hitler.

Hodgman, the previous president of Rochester's campus chapter of College Republicans, was charged with three counts of violating town code.

"I want to be as clear as possible," said Jose Fernandez, the current chapter president of Rochester's College Republicans. "Our entire chapter condemns as forcefully as possible racism and prejudice of any form."

"As the son of Hispanic parents, including my father who left the Dominican Republic for America at 17 years old," Fernandez added, "I was blessed to understand what image America must seek to attain: A country where anyone who truly seeks a better life can seek refuge."

Hodgman's lawyer argued the message on the flyers was not hate speech, and insisted the violation was no different than placing a lost puppy poster on a public structure.

The student faces a $250 fine and up to 15 days in jail, although jail time is unlikely.