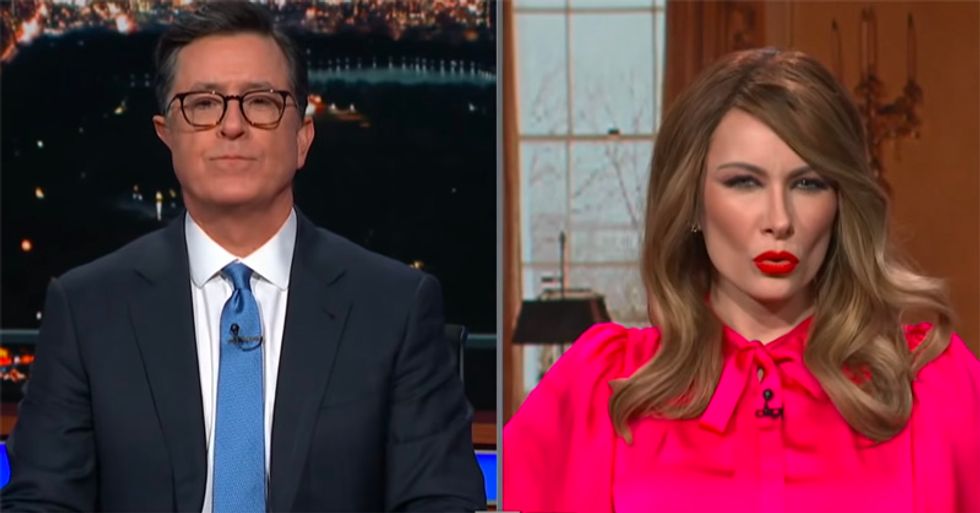 Making a return to Stephen Colbert's "The Late Show," the fake Melania Trump (played by Laura Benanti) appeared to destroy rumors that the real Melania Trump uses a body double.

Responding to a joke on Twitter that turned into a conspiracy theory that even President Donald Trump felt the need to address, Colbert's Melania shot it down.

“It makes no sense. How can there be two Melania Trumps? Think about it. Doesn’t it seem crazy that there is even one?” she insisted.

She went on to add that, if there was a need for a body double, it would only be “when a Donald knocks on my bedroom door.”

“When he knocks on my door and he asks for a presidential briefing, it’s over in two minutes and he spends the whole time confused,” she quipped.

The segment also featured another fake Melania played by a high profile actress who eventually admitted: " I can't do this."