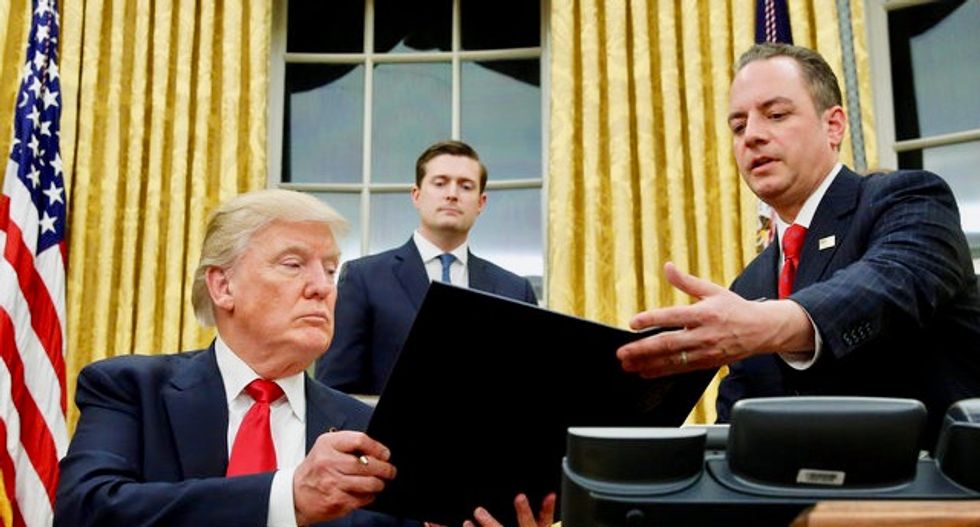 In a scathing op-ed of her own, the former wife of an ex-close aide to President Donald Trump slammed the Wall Street Journal for giving him space to pen an op-ed despite the fact that he left the White House under a cloud of domestic abuse accusations.

Writing at the Washington Post, Jennie Willoughby, the former wife of Rob Porter said her ex-husband's return from a year of silence might seem to be "benign" to others but is a sign that the public doesn't take abuse seriously.

"Rob’s fall from grace began when the media set about reporting on an old blog post I had written about the physical and emotional abuse I suffered during our marriage," she explained. "Within hours, Colbie Holderness’s account of abuse as Rob’s first wife also came to light. These revelations instantly embroiled Washington and the White House in a scandal of who-knew-what-when, ultimately triggering an investigation into the protocol for awarding top security clearances. Rob denied the accusations."

According to Willoughby, what makes the relaunch of his career into the public sphere so appalling is that he has refused to come clean about his abusive history.

"I don’t believe Rob should be forever barred from using his considerable professional skills and knowledge to make a contribution to our society," she wrote. " But Rob’s sudden return to the public eye is deeply troubling to me, because he has yet to candidly address the thing that should — that must — come first: his personal conduct during his two marriages. Rob has yet to publicly show regret or contrition for his actions. Giving him a voice before he has done that critical work elevates his opinions above my and Colbie’s dignity."

"Ultimately, I don’t have an agenda for my ex-husband’s future career," she admitted. "My goal is to help anyone in an abusive situation, and this includes helping perpetrators of abuse do what they can to seek help for themselves," before adding: "After that, there will be time for op-eds on trade policy."

"We all crave a redemption story," she concluded. "We want to see people take ownership of their inadequacies and sins because we want to believe we, too, can be redeemed for our own. But true redemption is not a given. It is earned."