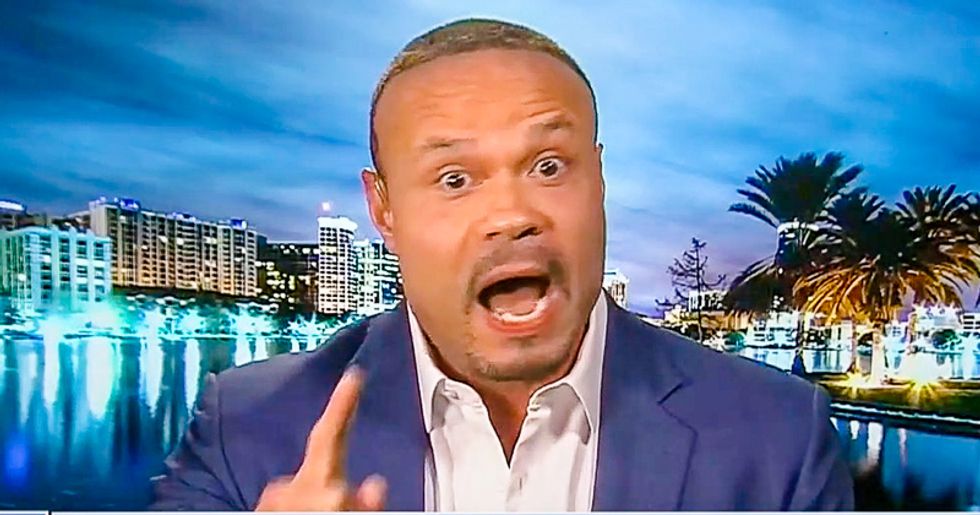 A frequent contributor to Fox News had a major meltdown on Friday after conservative political consultant Rick Wilson posted a picture of him with the Florida woman who previously owned a combination massage parlor/house of prostitution that was recently raided and led to the arrest of New England Patriot's owner Robert Kraft.

After the Miami Herald reported that Li Yang, the founder of a chain of day spas that have been caught up in a human trafficking investigation, attended a Super Bowl party hosted by President Donald Trump at his Mar-a-Lago resort in February, internet sleuths found an assortment of photos of conservative heavy weights posing with the woman.

Along with Rep. Matt Gaetz (R-FL) and RNC head Ronna Romney McDaniel, there was a photo of Fox contributor Dan Bongino which Wilson proceeded to share on Twitter.

According to the Miami Herald, Yang sold off the Orchids of Asia day spa to another Chinese businesswoman named Hua Zhang in 2013. However, the Herald reports that “online reviews from prior to 2013 suggest sex was for sale” at the spa before it was sold to its current owner.”

Accompanying the picture, the acerbic Wilson wrote: "This is so cute! I'll bet this Dan Bongino story has a happy ending!"

A furious Bongino fired back, writing: "You’re a filthy pig. Have you told your family you know this woman? Although I’m not sure they’d accept money to lay their hands on your filthy frame. If you have any nerve at all you’ll put it down in a tweet that I knew this woman. I’m daring you. Step up you gutless pig."

Others joined in the fracas, and you can see some of the tweets below: