Giuliani 'sometimes tells the truth’ about Trump — and that’s why they keep him off TV now: Ex-federal prosecutor 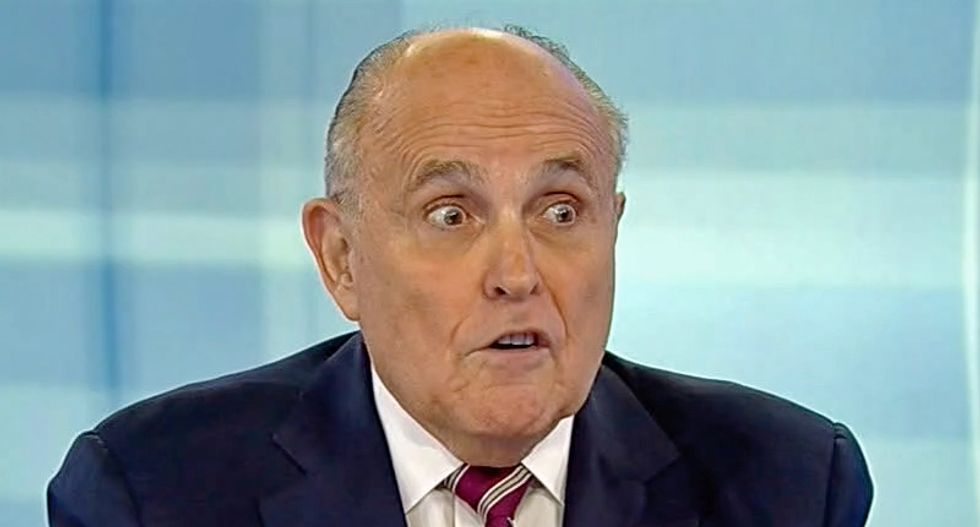 Former federal prosecutor and MSNBC legal analyst Paul Butler said Monday he had an alternate reason for Rudy Giuliani's absence from television lately -- it's not, as Giuliani claims, that there's nothing more to say, it's that he slips up and tells the truth about President Donald Trump.

Host Chris Jansing cited a report by Axios saying that the president was unhappy with his lawyer and, highlighting the discrepancy, asked Butler if he accepted that explanation.

"Giuliani's main problem in representing Trump is that sometimes he tells the truth, and says something that's different from the false narrative that President Trump puts out," Butler said. "His last major appearance on TV, Giuliani slipped up and said that the Moscow Tower, Trump Tower meetings had gone on until the election, which seems to be right but that's different than what Trump was saying. Same thing with regard to the Stormy Daniels payments last year."

"That's different from what Trump was saying at the time," he recalled. "So it's not surprising in light of these gaffes, and especially with the imminence of the Mueller report, that the Trump team would want Giuliani to chill out for a while."