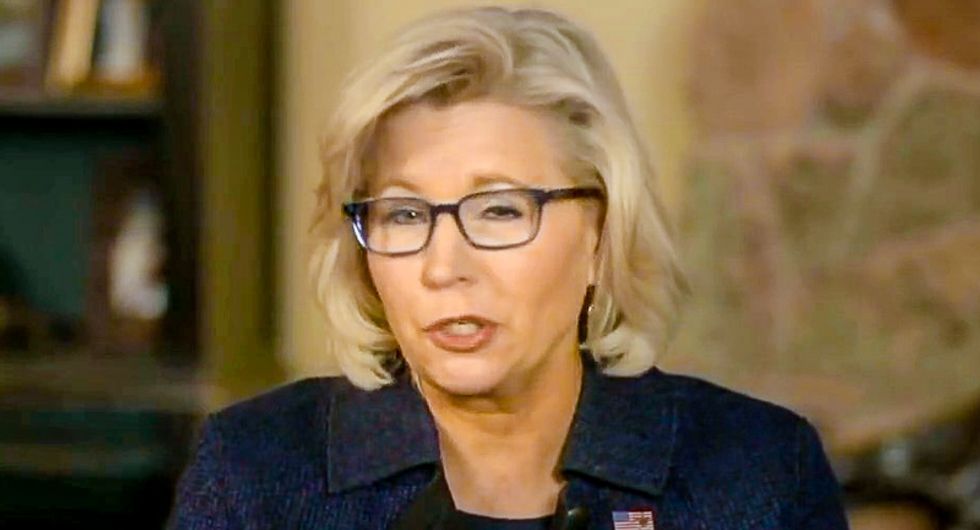 Longtime GOP heavyweights are upset with relative newcomer Rep. Liz Cheney (R-WY) after she led a group of like-minded hardcore conservatives who voted against an anti-bigotry motion in the House.

According to Politico, Cheney -- who was elected to Congress in 2017 by Wyoming voters after failing as a candidate in Virginia where she made her home for many years -- went off on her own although she is the Republican Conference chairwoman, who is expected to consult with other leaders.

The report states that Minority Leader Kevin McCarthy (R-CA) was "upset" last week when Cheney and 22 other House members voted no on the bill that was related to comments made by Rep. Ilhan Omar (D-MN).

While McCarthy said in a statement that Republican “leadership team is in a great place,” Cheney's breaking ranks has rankled some of his own staffers who are "frustrated that there wasn’t better communication about the GOP’s strategy on the resolution."

"The entire leadership team huddled for an hour in McCarthy’s office Monday night to hash things out," the reports states, adding, "During the meeting, McCarthy made clear that he prefers leadership to stick together and felt that Cheney stepped on their own messaging, according to sources familiar with the discussion."

According to the report, other Republicans are upset that Cheney's opposition to the bill took pressure off of the Democrats who were unable to come up with their own unified message on the Minnesota Democrat's comments. This has led to questions about Cheney’s leadership style.

"A Republican leadership aide said that the resolution vote was a one-off example of a split in leadership, and that they typically don’t whip suspension bills anyway," Politico reports. "But the aide also suggested that if Cheney doesn’t fall in line for a key vote in the future, it might warrant a serious discussion about her being a team player."