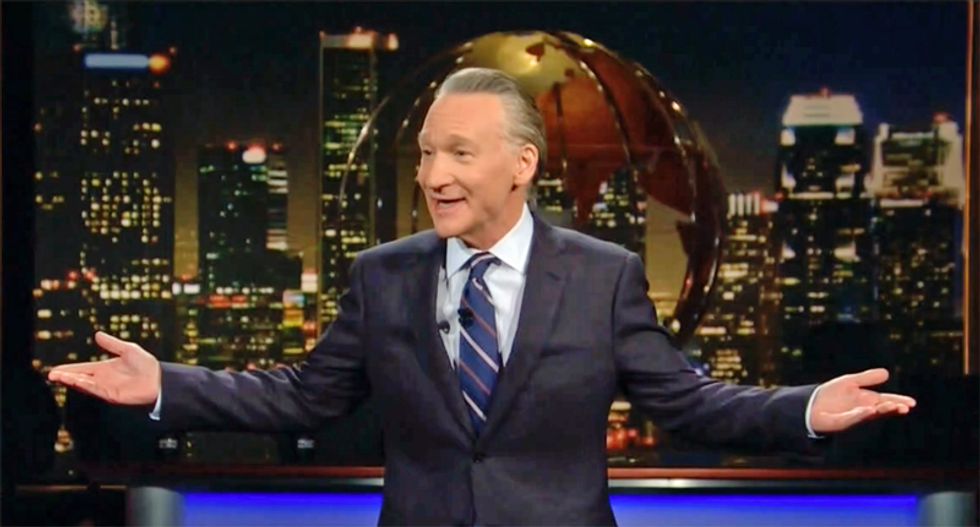 In his opening monologue on HBO's Real Time, host Bill Maher tore into Donald Trump for acting as if special Counsel Robert Mueller's report exonerated him, leading the president to follow it up with a "got away with treason tour."

Smacking Attorney General Bill Barr for plunging the country into a "faith-based justice system," Maher mocked the AG's conclusion that there was no obstruction, saying, an "apesh*t" Trump used it "to say it exonerated him. "

"Yes, the pregnancy test came back negative, but that doesn't mean you're a virgin," Maher quipped.

Maher then went on the attack over Trump's over-the-top Michigan rally, remarking, " So, he immediately went on an 'I got away with treason' tour. He was in Michigan last night; they were chanting 'four more years.'"

"Then he launched into this thing; 'I'm the elite one. I have a better education. I'm smarter. I went to better schools'" the HBO host continued. "This is the president of the United States. That's when I started chanting, 'Four-year-old, four-year-old.'"