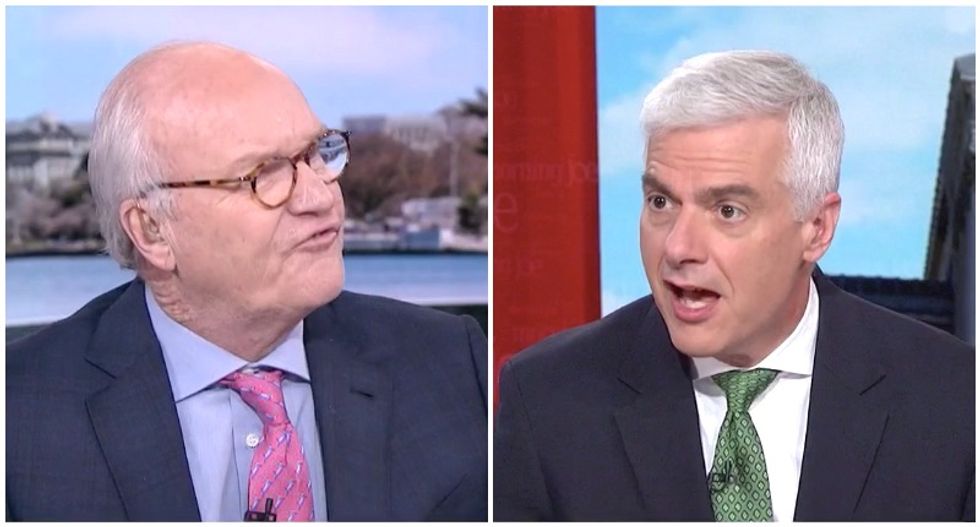 The Club for Growth released the ad -- which makes "mostly false" and "half true" claims about O'Rourke's father-in-law, according to Politifact -- last week, and the "Morning Joe" contributor rebuked the group's president, David McIntosh.

"Given the level of discourse in American politics, the level of lying, manipulation, personal attacks, avoidance of history, lack of character in the president of the United States -- how, how can you put out an ad like that and further take this system into the sewer?" Barnicle said.

McIntosh, a former Indiana congressman and GOP nominee for governor in 2000, disagreed with Barnicle.

"I don't think it further takes the system into the sewer," said McIntosh, who gave up the 2nd Congressional seat that was subsequently won by current Vice President Mike Pence. "Just watch -- you'll see ads more in the sewer. This is about a guy who said, 'I'm for the people,' but his whole record shows he's not -- he's for himself, he was for his father-in-law."

Barnicle moved in with an attack.

"No, I'm talking Beto O'Rourke," McIntosh replied. "Face it, that's what he's about."

Host Mika Brzezinski agreed his characterization described Trump, and Barnicle called out McIntosh as a hypocrite.

"Why don't you fix Beto O'Rourke?" McIntosh shot back.

Barnicle then jabbed his finger at the conservative activist, as Brzezinski tried to restore calm on the set.

"Why don't you fix the president of the United States?" Barnicle said.

"No, we're talking about you and the ad," Barnicle said. "That's what we're here to talk about."

McIntosh then appealed to host Joe Scarborough, saying he'd been invited on the show to talk about their shared disdain for the Texas congressman-turned-Democratic presidential candidate.

An awkward silence fell over the set, and Barnicle silently seethed through the rest of the segment.