Ivanka and Jared are too ignorant about how the real world works to realize how incompetent they are: NYT columnist 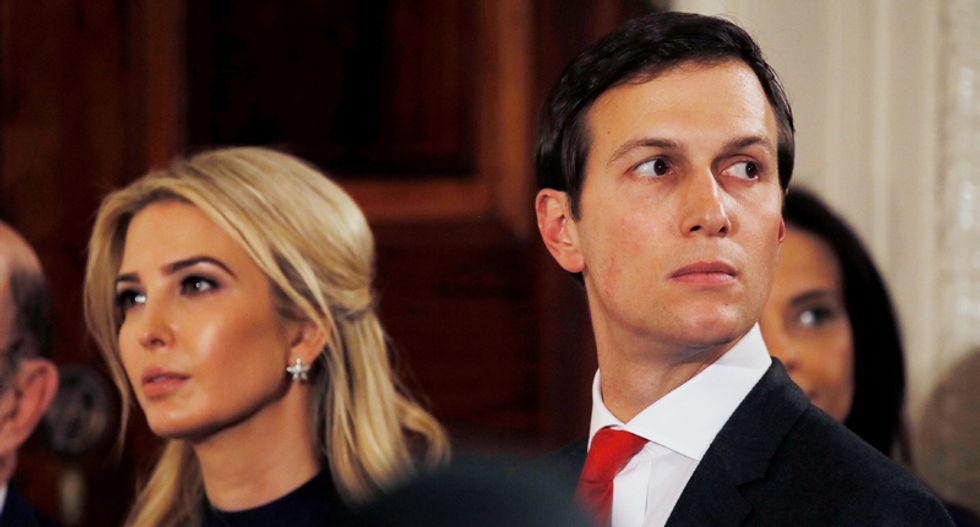 In a harsh New York Times opinion piece, columnist Michelle Goldberg used a new book on Ivanka Trump and Jared Kushner to make the case that they are the privileged children of the rich whose cushy lives never prepared them intellectually for the demands of the jobs handed to them by President Donald Trump.

"Many high achievers, particularly women and people of color, suffer from impostor syndrome, the fear that they don’t belong in the rarefied realm to which they’ve ascended and that they will soon be found out," Goldberg began while noting that the first daughter and her husband have ever expressed any doubts about being up to the task.

This led the columnist to ask, "Why don’t they have impostor syndrome, given that their total lack of qualifications for the jobs they are doing makes them actual impostors?"

According to Goldberg, Ivanka and her husband are classic examples of the Dunning-Kruger effect, which states: "People tend to hold overly favorable views of their abilities in many social and intellectual domains. The authors suggest that this overestimation occurs, in part, because people who are unskilled in these domains suffer a dual burden: Not only do these people reach erroneous conclusions and make unfortunate choices, but their incompetence robs them of the metacognitive ability to realize it."

As the columnist puts it, "Partly, the Jared and Ivanka story is about the 'reality distortion field' — a term one of [author Vicky] Ward’s sources uses about Kushner — created by great family wealth. She quotes a member of Trump’s legal team saying that the two 'have no idea how normal people perceive, understand, intuit.' Privilege, in them, has been raised to the level of near sociopathy."

"Even if you assume that the couple are amoral climbers, their behavior still doesn’t quite make sense. Ward writes that Ivanka’s chief concern is her personal brand, but that brand has been trashed," Goldberg explained adding, "A leading real estate developer tells Ward that Kushner, now caught up in multiple state and federal investigations, has become radioactive: 'No one will want to do business with him'."