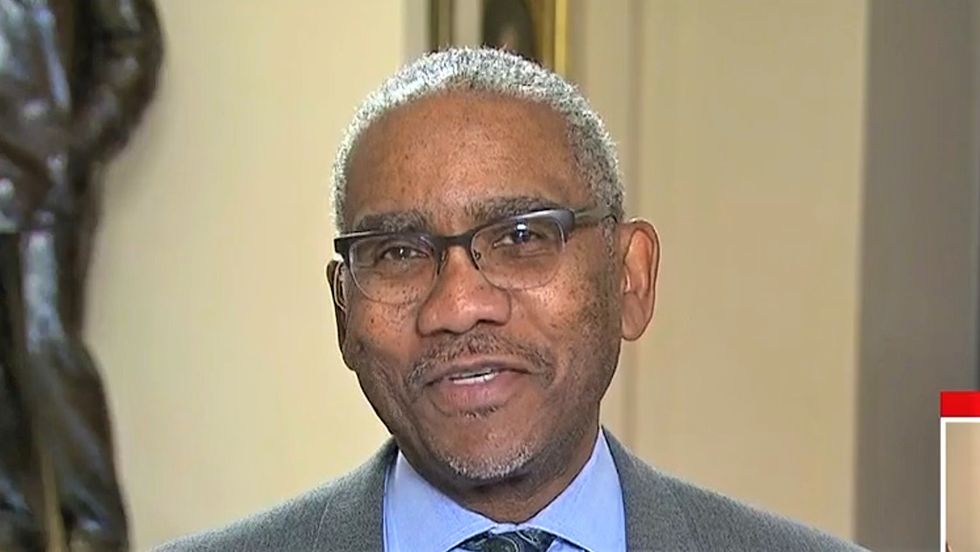 Rep. Gregory Meeks (D-NY) on Wednesday shot down President Donald Trump's allegations that House Democrats are going on a "fishing expedition" with their multiple investigations into his presidency.

During a CNN interview, host Kate Bolduan asked Meeks whether there was any validity to Trump's charges that he and his colleagues were overreaching in their broad inquiries into the president's actions over the past two years, and Meeks said there was not given that the president continues to lie about what he has done.

Bolduan then asked Meeks what he thought of Trump being resistant to handing over documents related to the process whereby son-in-law Jared Kushner was granted a security clearance.

"We're going to do our job," he said. "We have the responsibility of oversight. We are a separate branch of government, we want honesty and integrity for the American people and, quite frankly, for our allies around the world because he's lied to them also. So I think that we have a responsibility and we're going to live up to that responsibility."