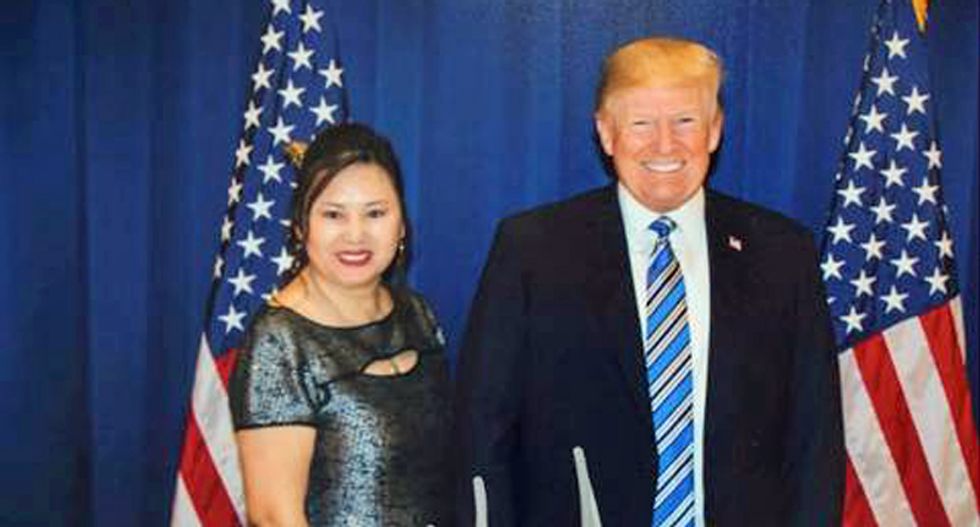 Samantha Vinograd, who worked at the National Security Council under former President Barack Obama, told CNN on Monday that she was stunned by news that a Chinese-born massage parlor founder has been allegedly selling access to President Donald Trump to Chinese businessmen.

The Miami Herald reported over the weekend that Florida-based massage parlor tycoon Cindy Yang "arranged for a group of Chinese business executives to attend a paid fundraiser for President Donald Trump in New York City."

In total, Yang paid $5,400 to Trump's campaign and $23,500 to the Trump Victory PAC eleven days before the event. If any of the businessmen Yang brought to the New York fundraiser reimbursed her in any way, it could constitute an illegal foreign campaign contribution.

Reacting to this, Vinograd said that a counterintelligence investigation should be launched to find out what kind of access these businessmen received.

"This raises major counterintelligence red flags to me," she said. "We don't yet know Yang's motivations but we know a lot about Chinese intelligence. According to our own intelligence community, they are one of the leading counterintelligence threats to our country. We know that China keeps very close tabs on naturalized Chinese Americans. They've actually used them as assets in the past, which has resulted in major espionage charges."

Vinograd also pointed out that any Chinese businessmen coming to the United States to attend a political fundraiser were almost certainly tied closely to the Chinese government itself.