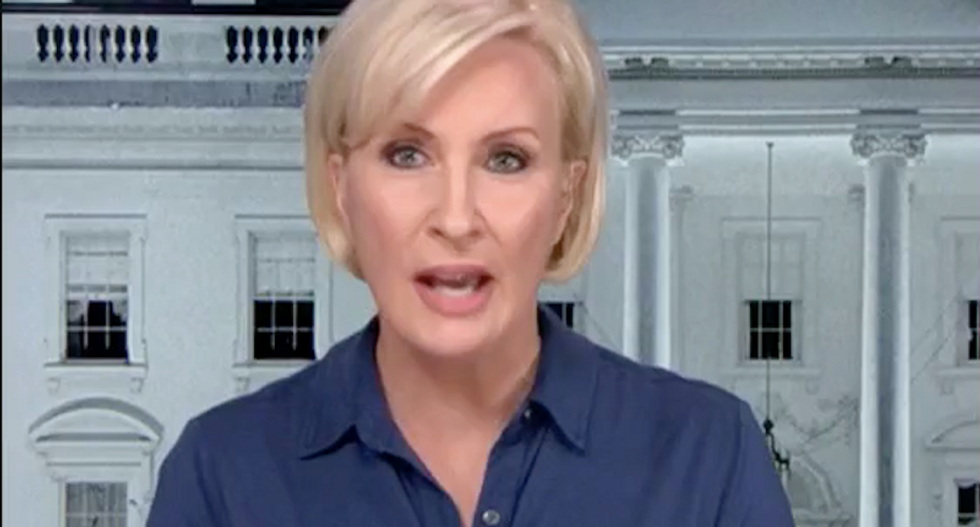 MSNBC's Mika Brzezinski blasted President Donald Trump for hiring shady individuals and then turning his back on them while they went to jail for him.

The "Morning Joe" co-host said that, no matter what crimes special counsel Robert Mueller's report might reveal -- if Republicans ever allow its release -- the president had revealed his character.

"Donald Trump had his close allies," Brzezinski said, "people who worked with him every step of the way in the campaign who came with him to the White House -- Michael Flynn and Paul Manafort being at the very top of that -- his national security adviser, a guy who flew around with him everywhere and apparently was his emotional teddy bear to talk to him in between events to keep him busy and Paul Manafort, the guy who headed his campaign, in jail, going to jail, in jail, and guess what, look at the president, not one line of defense for these guys."

"(He) throws them under the bus, close friends, family friends, people he lived and traveled with, stayed at Mar-A-Lago with, throws people under the bus as if they are garbage, could give a damn about them," she added. "Is that someone you want in the White House? Somebody with no empathy, somebody with no sense of duty or loyalty, somebody who doesn't take a loyalty oath back as a human being. Who does he hire, by the way -- criminals? That's what people have to think about when they're wondering whether or not to re-elect this president."