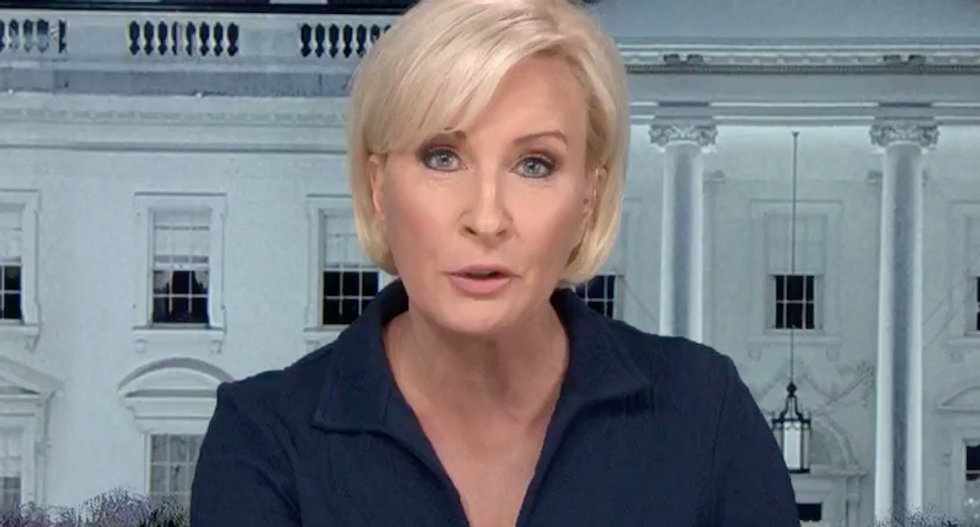 The "Morning Joe" co-host was disgusted that Meadows brought out a black woman to excuse President Donald Trump's racism, and then forced an apology from Tlaib after she and other Democratic lawmakers called him out during a House Oversight Committee hearing.

"That apology should never have happened," Brzezinski said. "I'm personally waiting for the apology by Mark Meadows. I'm waiting for him to say, if I appeared to be racist, I did not mean to be, if I was bone-headed by bringing out a black woman and saying, hey, President Trump is friends with her, I have black friends. If I was bone-headed not knowing that that is the lamest excuse to cover up racism."

She and host Joe Scarborough said Meadows had never fully accounted for his repeated "birther" claims about Obama, and Brzezinski hoped Tlaib hugging the GOP lawmaker on the House floor did not mean she'd let him off the hook.

"She can hug him put this behind her," Brzezinski said, "but she can also look at him straight in the eye and say, 'I'm still waiting for your apology.'"