MSNBC's Morning Joe blasts Manafort judge for 'bizarre' bias: 'He sounded like somebody at a Trump rally' 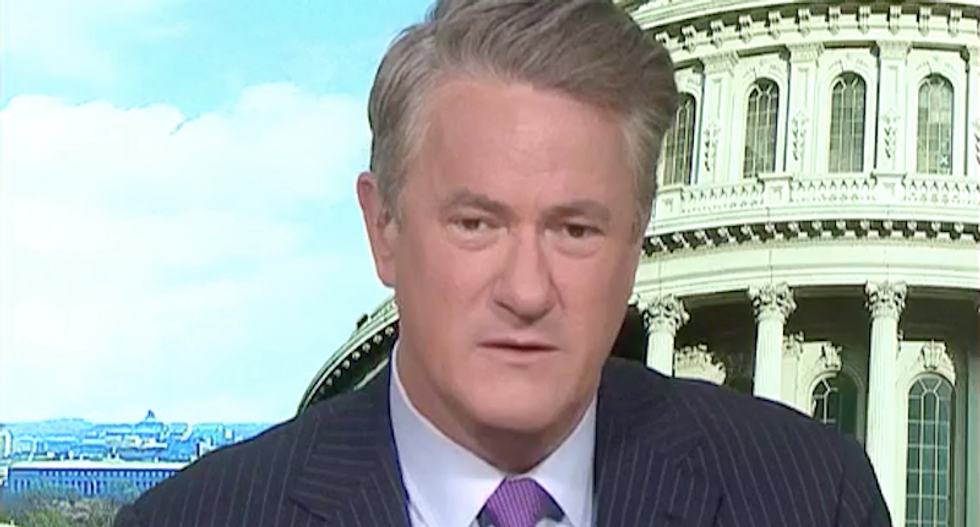 MSNBC's Joe Scarborough blasted the judge who sentenced Paul Manafort to just four years on a conviction for financial fraud.

The 47-month sentence handed down by Judge T.S. Ellis III was so light, considering that prosecutors asked for up to 25 years in prison, that "Morning Joe" contributor Donny Deutsch wondered whether President Donald Trump had intervened in the sentencing process.

"I'm not saying any of this happened," Deutsch said. "The same way we see Donald Trump reach across every unreachable aisle in America, whether it is firing (James) Comey, saying to Comey, the FBI director, 'Hey, go easy on my boy Mike Flynn' -- are there any three, four, six steps removed where messages come down (from) presidents to judges? Does that ever happen in this world of ours? From the very beginning this judge seemed to have a hard-on for just the Mueller probe overall."

Scarborough and co-host Willie Geist quickly tried to move past Deutsch's speculative question, and said there had been no evidence the president had intervened in Manafort's sentencing, but the host agreed Ellis appeared to be biased against prosecutors.

"No, I never knew of that happening because the consequences would be so severe, so absolutely severe," Scarborough said. "But I don't think this judge gave any reason for anyone on Manafort's team to try to risk their freedom trying to get to the judge because from the beginning he was hostile to this case."

"He sounded like somebody at a Trump rally, saying 'no collusion,' when you have actually Robert Mueller still investigating whether there was collusion or not," he added. "That's like calling a game in the fifth inning. I'm not exactly sure what was going through the mind of Judge Ellis at the time, but it was a bizarre statement, and he acted in a bizarre way throughout the entire trial."