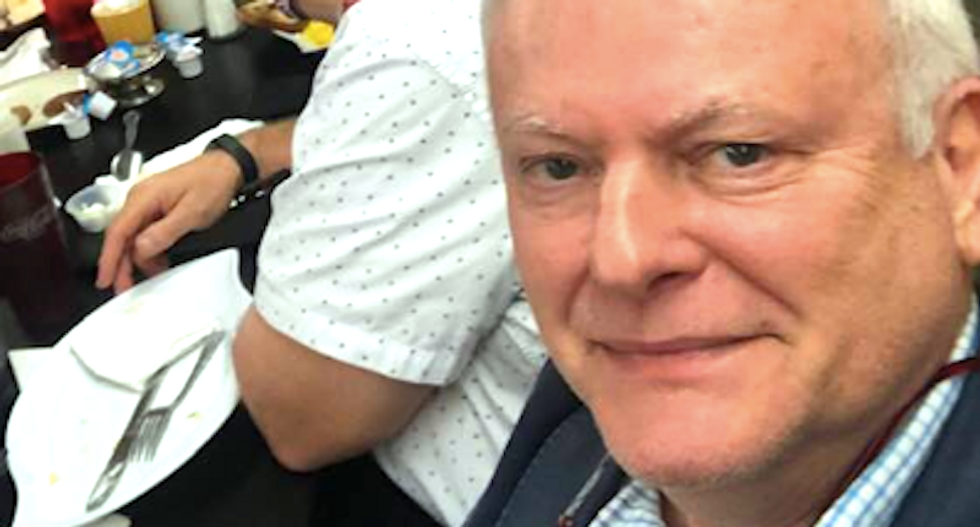 Larry Stein, the Oklahoma County assessor, made the posts in response to protests against police brutality in Ferguson, Missouri, and Muslims, in general, reported KFOR-TV.

"There hasn't been this great of a racial divide in America since the 1850's,” Stein posted in 2014. “Congrats to the thugs and animals in Ferguson."

Another post suggested that Muslims were pushing their religious views on others.

"No shirt, no shoes, no service,” Stein posted. “Which Islamic halal restaurant can I go to and demand they cook a pig for me?"

“It not only hurts me personally, but it hurts our community and it makes me worry about the safety and security of the Muslim community,” said Adam Soltani, executive director of the Council on American Islamic Relations.

CAIR officials have asked for a meeting with Stein, who has deleted the posts, but they aren't yet calling for his removal from the elected position as county assessor.

Stein has refused the meeting so far, and he defended his posts -- and attacked his critics.

"I have removed my private personal thoughts, shared on a webpage, that proves some people have very thin skin and may try to bully those who speak things they don't like to hear," Stein said. "The First Amendment, the freedom of speech and religion, is for everyone."

He justified his own statements by pointing to similar language used by unspecified talk show hosts.

"National radio talk show hosts and many others used the same word to reference the lawless, Ferguson rioters and law breakers," Stein said. "Great thinkers have written, 'Without laws, men are just animals.'"

He then paraphrased King to justify using racist language -- which cropped up repeatedly on Fox News broadcasts about Ferguson -- against crowds protesting the police shooting of Michael Brown nearly five years ago.

"This type of lawless behavior is terrible and the same term would apply to everyone who is lawlessly rioting and destroying personal property, it's the lack of character, just as Dr. King warned," Stein said. "Lawlessness, rioting and mob rule are always wrong. If someone was offended by the use of the term, do they support the rioters actions and oppose the First Amendment?"

The county official finally presented himself as the victim of an unfair double standard.

"If someone wants to deny my Free Speech rights guaranteed in the constitution, that is appalling," Stein said. "When can we expect Dr. King's dream to become a reality, judging people by the content of their character, not the color of their skin?"