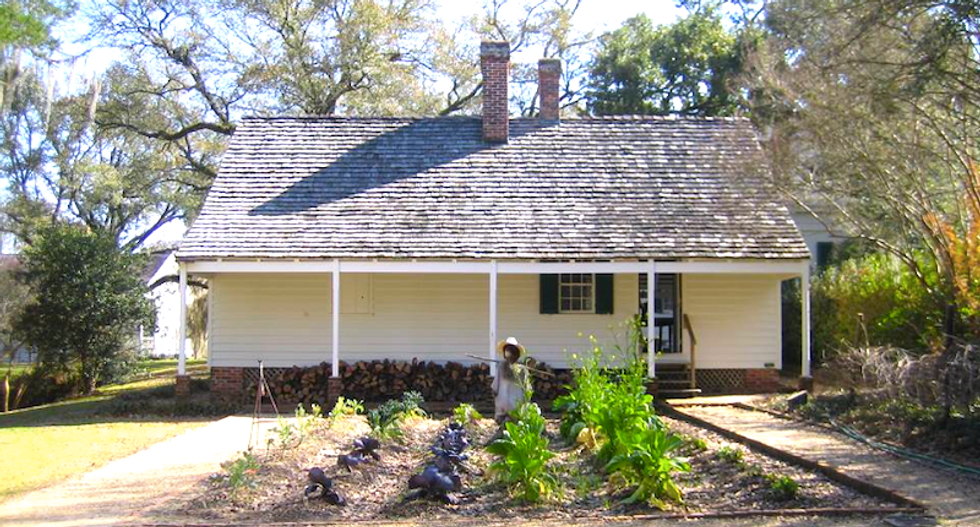 A sign claiming slaves who once lived at Louisiana's most visited site were "happy" has finally been removed.

An official exhibit at the state-owned Rosedown Plantation claimed slaves lived happily there and showed "a natural musical instinct," but historians agreed that painted an inaccurate picture of their lives, reported The Advocate.

Brandon Burris, the deputy assistant secretary of State Parks, called the sign a mistake and was not sure how long it had been hung in a detached kitchen exhibit.

The official said state historians and park administrators did not agree with the sign's wording, which was based on a book written by Sarah Bowman, one of the last members of the family that built the plantation using slave labor in 1834.

“They always come up with ‘Oh, it’s a mistake,’ but no one’s responsible,” said Southern University professor Albert Samuels. “I wish I could say I was shocked, but there is still a basic unwillingness to come to terms with the fact that slavery was an awful institution.”

Historians say slaves were usually provided with basic necessities, but they had no control over their own families, their bodies or their lives.

Southerners tried to portray slavery as more benign after losing the Civil War, according to Samuels, and misrepresented why the war was fought to help justify white supremacist laws and culture.

“The slaves were well taken care of and happy,” the exhibit sign read. "(They) have a natural musical instinct. It was wonderful how well they succeeded in their melodies.”

Samuels and other historians say the sign perpetuated romanticized myths about the antebellum period, and downplayed the cruel realities of slavery.

"I’m not saying we should get rid of these things," he said, "but they need to be put in the proper historical context. We do ourselves no favors by pretending that thing didn’t exist when it did.”