‘The president ought to be scared’: Ex-DOJ official says Mueller has ‘oodles’ of evidence against Cohen and Trump 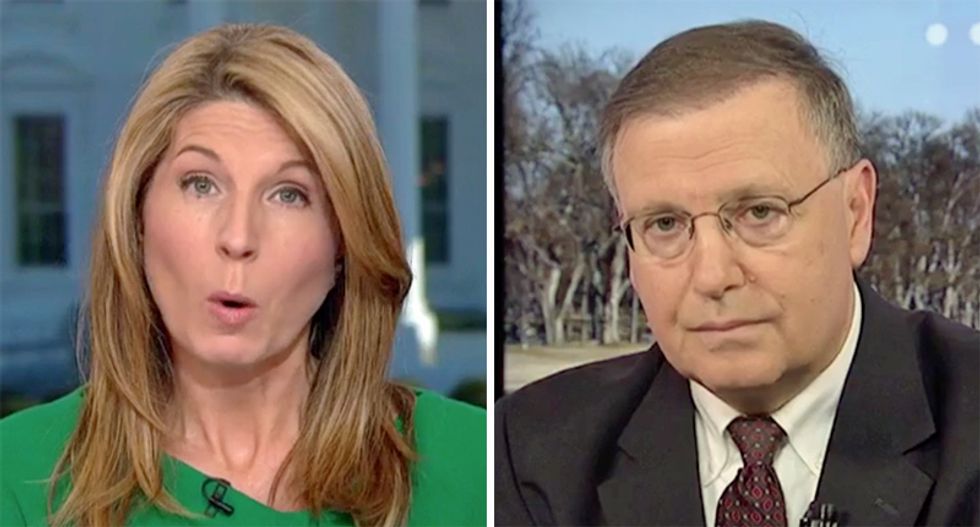 "Against the backdrop of Donald Trump's escalating war of words against the late John McCain (R-AZ) -- stop it for a second, and let that sink in -- Donald Trump today confronted with new reporting that Robert Mueller's investigators began investigating the Trump Organization's ties to Russia just months after Trump was sworn-in as president," Wallace reported.

"Hundreds of pages of court documents unsealed today in the Michael Cohen case -- giving us a rare peek inside the investigation's earliest phase and offering us tea leaves about what that part of the investigation yielded and what drove the decision to send other Cohen cases to the Southern District of New York where the president has already been identified as Individual One in Michael Cohen's sentencing memo, and is widely believed to face ongoing legal exposure," she explained.

Rosenberg explained the legal standard of probable cause that was required to be met in order for the search warrant to be issued.

"Here we have pages and pages and facts after facts which detail the probable cause that the government had to search Michael Cohen's home, his hotel room, and his office," Rosenberg noted.

"It's just remarkable how much stuff they had and how precisely they laid it out in their affidavits for their warrants, and so the president ought to be scared," he continued. "I understand his reaction. I don't condone it, but I understand it."

"There's a lot of stuff that they have and it seems like in part they're coming after Individual One -- the president of the United States," he added.