Presidential historian scorches ‘unstable’ Trump: ‘He is a bad actor in the life in the republic’ 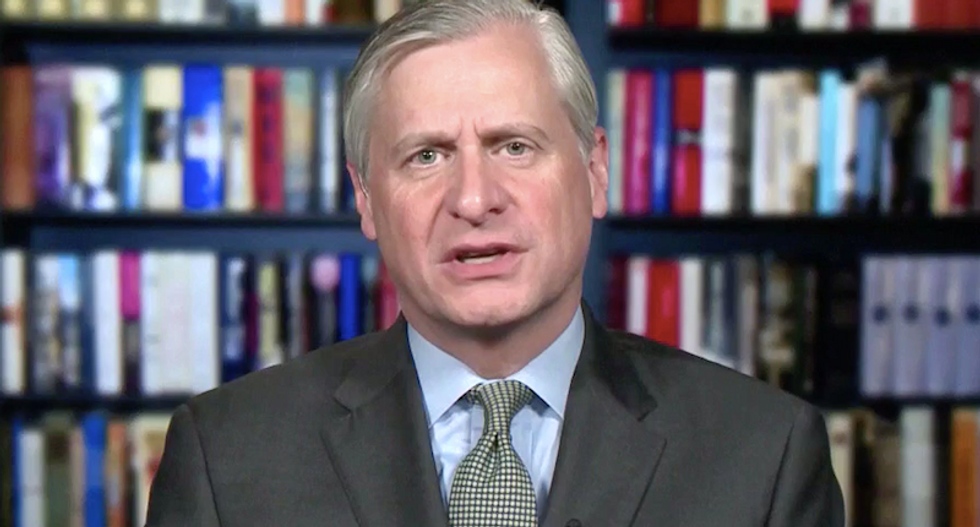 Presidential historian Jon Meacham said the president's tweets had become impossible to ignore, and his apparently declining mental health posed a real danger to the nation.

"The president is getting worse," Scarborough said, "and, you know, people don't like us talking about it on the air, so we'll talk about this on the air. We heard this from campaign people from the beginning, which was that that he was not right."

"Something's up with him," Brzezinski agreed.

Conservative lawyer George Conway, who is married to White House adviser Kellyanne Conway, responded to Trump's outburst by saying the president was "getting worse," and Scarborough said that should be very alarming.

"George Conway, of course, is not only a good constitutional scholar but also married to one of the president's closest aides," Scarborough said.

"Ultimately, you can't ignore him, right, because then it totally takes hold," Meacham said, "and I think that, if anything, if one of my children sent 50 tweets, I'd take the phone away -- and I think that's the way most people would view this. I think we have to call it for what it is, which is he is unstable, he's a bad actor in the life of the republic -- and that's not reflexively partisan, it's not ideological. I think, at this point, reason and data and experience would lead you to that conclusion."