Republicans are 'letting down the Founding Fathers': Presidential historian blasts GOP on lack of accountability 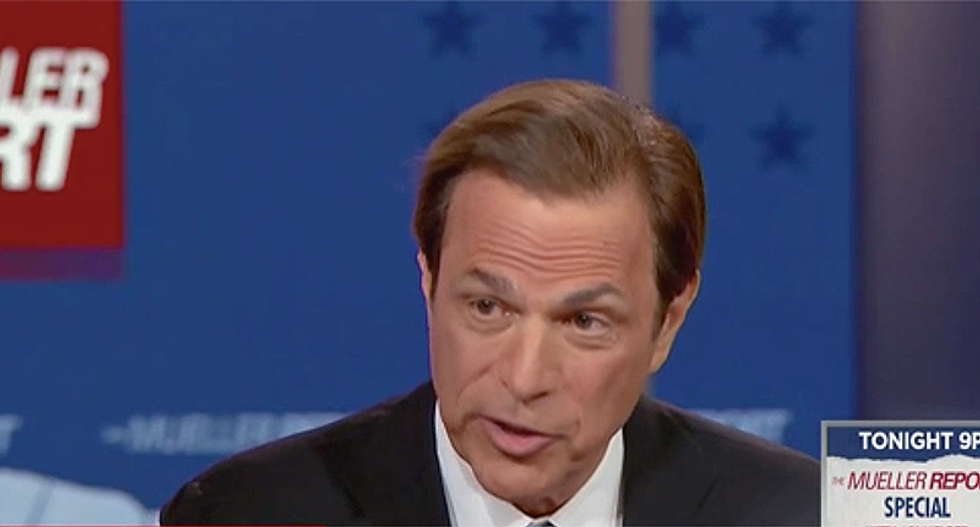 Presidential historian Michael Bechloss called out the Republicans in Congress for refusing to serve in their position as a "check" on the other branches of government.

In a Sunday tweet, Bechloss noted that former President Richard Nixon claimed that he wasn't guilty of obstruction of justice because he lacked the motive to do so. It's the same argument President Donald Trump and his lawyers are making 45 years later.

Regardless of what the findings are, once they're ultimately released, it has been one of the most significant investigations of a president in American history, Bechloss said. With over 2,800 subpoenas and 500 witnesses, Mueller convicted or got guilty pleas from 34 people and three companies, including Trump's campaign chair, deputy campaign chair and senior advisors.

"And the other thing is there's been suspicion that Donald Trump was acting during the campaign and later on as president in secret concert with a hostile foreign policy, Russia," Bechloss continued. "And that one, you know, obviously there was by the Mueller report if we can trust what William Barr has said, not a violation of the law but those suspicions continue."

The historian noted that sometimes Americans don't ultimately find out the full facts of a presidency until many years after, and that could happen here.

"Sorry about that," Bechloss continued. "We need journalists, and they work together. Assuming the Mueller report is correct, and William Barr has not misrepresented it -- I mean, so far we've been talking about basically a four-page press release. Not a report, of whatever length -- do we know how long the Mueller report is yet? Do we have an idea? There's a lot we don't know yet and a lot of evidence we don't know."

He called Barr a "big Donald Trump partisan," who might not see something that alarms him, but if Democrats and the rest of the country look at the Mueller report, they might see unsettling things.

When comparing it to Nixon, Bechloss said that in this case, it's clear the attorney general is controlling the situation, but it's the same Trump appointee who wrote an extensive memo stating that the Mueller investigation shouldn't even exist.

"He's not exactly coming at this as a neutral broker of the kind you'd want from most attorneys general," Bechloss explained.

When comparing Trump with Nixon, Bechloss said that they were two completely different investigations, where there were two special counsels, Senate investigations as well as others looking into Watergate.

"Comparatively sort of a linear process," he continued. "In this case, it has gone very different ways, very different from the Nixon case, and reflects how different life is in the United States from 2019 from 1974 and even more than that, Donald Trump, a very different president from Richard Nixon. In Nixon's case, he was never accused of consorting with a foreign power. That's something very different."

In Nixon's case, it was the Republicans in the House and Senate that lost faith in Nixon, where Trump now owns the GOP.

"In this case, as we've seen in the past couple of months, you can't throw a president out of office if you have the Senate, which is going to be the place where a trial would be held dominated, by members of his own party who have to go back to voters who love him by about 80 or 90 percent, very different from Nixon."