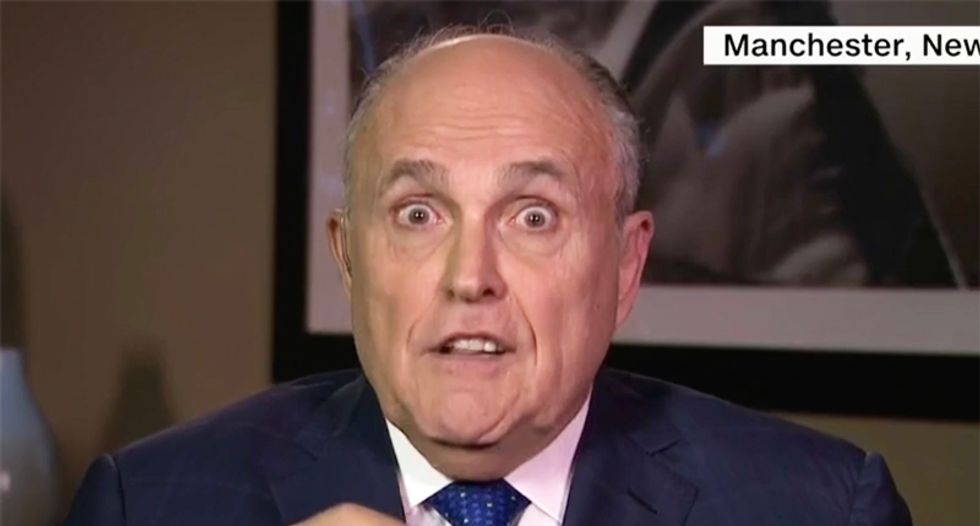 President Donald Trump is waging a war against anyone who was involved with the special counsel's investigation and his lawyer Rudy Giuliani is raging about it.

“We’re now trying to prove who did it,” Giuliani said in a new interview with The Atlantic. “The premise is, somebody had to have started the ‘He colluded with the Russians’” narrative.

When asked if Trump is the one who wants the investigation, the lawyer proclaimed: “Goddamn right he [does]. This is not ‘Oh, gee, it’s over, let’s forget about it.’”

Special counsel Robert Mueller may have finished his report on the president, but it seems investigations are continuing. The special counsel was only appointed after Trump fired former FBI director James Comey and then admitted in an NBC interview that it was because of the Russia investigation.

Republicans are fearful that Trump is fixating on payback at a time he should be focusing on a legislative agenda that can help GOP senators up for reelection in 2020. It's a strategic mistake Trump made in 2018 that resulted in Democrats taking over the House. Instead of focusing on the economy, Trump went all in on a conspiracy theory about the country being invaded and the need for a wall.

GOP allies of the president have also said that they want an investigation into former President Barack Obama and his involvement with any part of the investigations that began prior to Trump taking office.

Neither Trump nor his Congressional pals seem to understand that any additional investigations into Democrats or investigators would prolong the Russia investigation and allow Democrats to find and publicize additional information about the campaign's actions. Additionally, any investigation into Obama would likely out Senate Majority Leader Mitch McConnell (R-KY), who was outed by Vice President Joe Biden for blocking the former president from being transparent about what Russia was doing to Americans.

Republican leaders are already miffed Trump has pivoted to talk about healthcare at a time they think he should be taking a victory lap on the Mueller investigation.