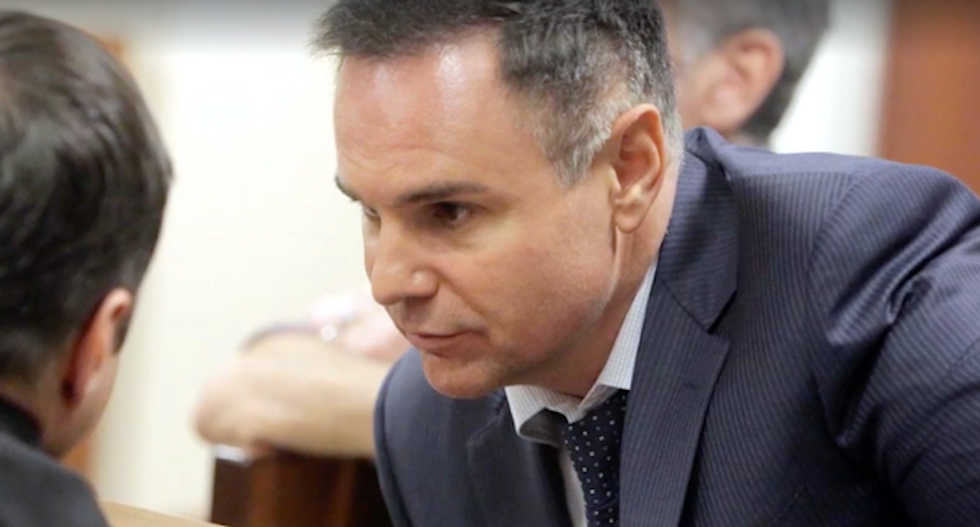 A Russian real estate investor wanted back in his home country for alleged tax fraud has been rubbing shoulders with other guests at President Donald Trump's private Mar-A-Lago club.

Sergey Danilochkin landed in South Florida after fleeing Moscow in 2010 fearing for his life over his alleged role in a $170 million tax fraud case linked to the mobsters behind the "Magnitsky affair" corruption scandal, reported the Miami Herald.

The tax fraud and resulting coverup prompted sanctions against Russian oligarchs implicated in the brutal murder of accountant Sergei Magnitsky, who exposed the conspiracy, and turned then-Secretary of State Hillary Clinton into one of Russian president Vladimir Putin's most hated enemies.

Trump's namesake eldest son discussed the possibility of lifting those sanctions in a controversial 2016 campaign meeting with a Russian government-linked lawyer promising damaging information about Clinton.

Danilochkin arrived in the U.S. on a tourist visa, snapped up rundown residential properties during the recession and is now petitioning a federal court for political asylum, claiming whistleblower status.

He's since sold most of the properties and has reinvented himself as a YouTube journalist, going by the name Serge Daniloff.

That's how Danilochkin ended up at Mar-A-Lago for a Jan. 26, 2018, "Safari Night" fundraiser for the Young Adventurers charity, which he filmed and posted on his YouTube channel.

The president was not in Palm Beach for the event, and first lady Melania Trump reportedly left before the fundraiser began.

However, Li “Cindy” Yang, who once owned a Jupiter massage parlor embroiled in a human trafficking investigation that involves New England Patriots owner Robert Kraft, was among the 250 guests that night.

Yang has been accused of selling access to the president and other government officials through her Mar-A-Lago membership.

Danilochkin claims he used to work for Kremlin-linked oligarch Oleg Deripaska, an associate of Paul Manafort for whom the Trump administration tried to ease sanctions.