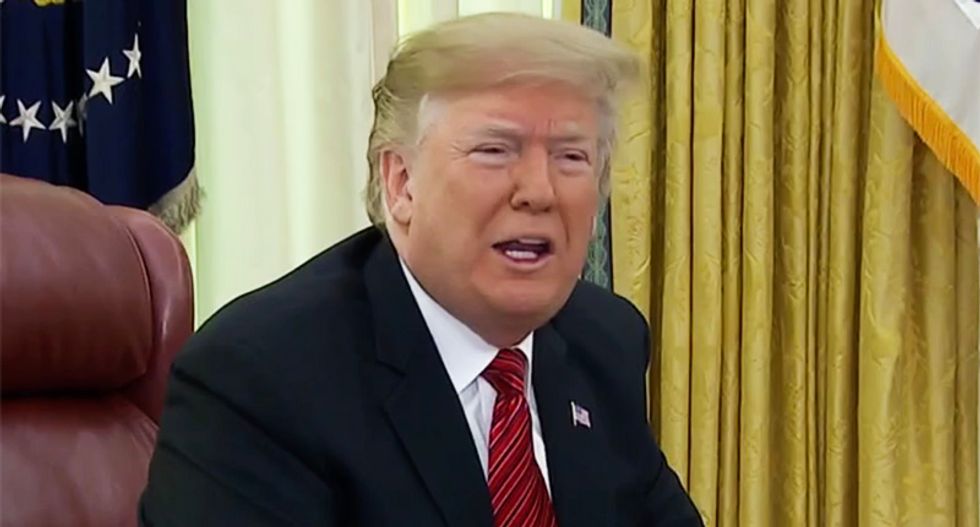 On Sunday, the New York Times editorial board wrote that even though special counsel Robert Mueller's investigation did not find proof of direct collusion between the Russian government and President Donald Trump, the American people and Congress could still hold Trump and members of his campaign accountable for not doing more to combat Russian interference in the 2016 election.

Special counsel Robert Mueller released his report to Attorney General Bill Barr over the weekend. Barr then wrote a letter concluding that there was not sufficient evidence that President Donald Trump and his campaign obstructed justice during the investigation.

The editorial explained that even though Trump bashed the investigation for two years, the probe had been thorough and substantial.

"Mr. Trump has hurled at him over the last two years — is as careful and thorough an investigator as there is. His investigation lasted almost two years, issued more than 2,800 subpoenas and roughly 500 search warrants and heard from a similar number of witnesses. If he couldn’t find any links, it’s doubtful anyone could," the editorial said.

They then called out Trump for spinning the report in his favor.

"What this outcome is not, however, is a 'Complete and Total EXONERATION,' as Mr. Trump unsurprisingly spun it. Mr. Mueller explicitly declined to exonerate the president on the matter of obstruction of justice — a crime that constituted one of the articles of impeachment for both Presidents Nixon and Clinton," the editorial said.

Adding, "Mr. Barr said, and anyway, most of Mr. Trump’s behavior took place in full public view, had no connection to any legal proceeding, and wasn’t 'done with corrupt intent.' How did Mr. Barr make these determinations so quickly? On what evidence in the report did he base it?"

They demanded that Barr release the full report.

"Mr. Barr’s curious views on obstruction are just one reason that Mr. Mueller’s full report must be made available, immediately, to both Congress and the American people," the editorial said.

"Mr. Putin did have a clear favorite. He interfered on his behalf, and his favorite was elected president. The Trump campaign knew about this and was more than happy for the help. Then they lied about receiving that help. This isn’t so complicated. And while Mr. Mueller may not be able to do anything about it, Congress, and the American people, certainly can," the editorial said.