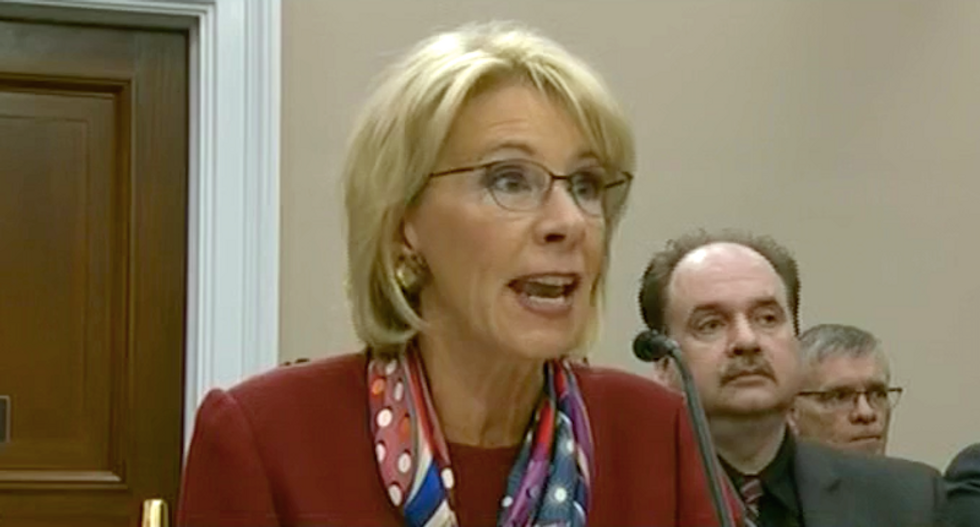 "I'm in Puerto Rico, where frankly you have schools that are still -- roofs are not repaired, mold is everywhere," Weingarten began. "So when you hear Betsy DeVos basically say 'let's dismantle the the funding for kids that really need it' and then at the same time invest hugely in private schools, what she's trying to do is put her finger on the scales to actually dismantle public education and try to force parents to actually use private schools."

"You're seeing the 20 years of underinvestment in education," Weingarten said. She noted state-to-state funding disparities and low pay for teachers, and made a brutally contrasted proposals offered by presidential candidate Kamala Harris to DeVos's draconian cuts.

"And then you have the exact opposite with Betsy Devos. Cut all of these programs, summer school, after school, all training programs, all class size programs."