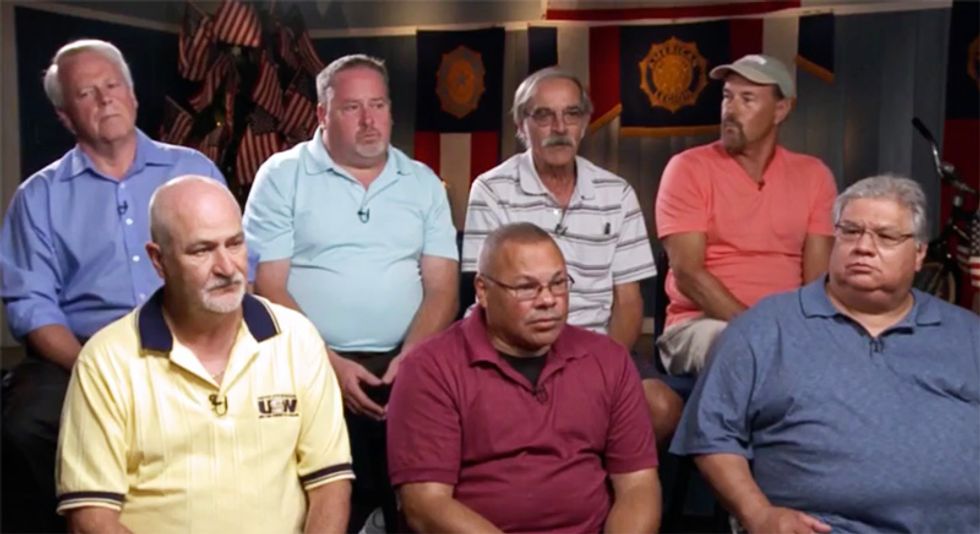 During a segment on the closing of another auto plant after Donald Trump said manufacturing jobs are coming back, an MSNBC panel joined host Joy Reid in lambasting the president for using autoworkers as props as their livelihoods are stripped away.

"Donald Trump made a lot of big promises to American workers, as you just saw in 2017," host Reid began."This week the livelihoods of hundreds of workers at a General Motors plant in Lordstown, Ohio plant went into limbo when the company shuttered the assembly plant that made the Chevy Cruze. The plant produced cars for almost 50 years. and it's a huge blow to Lordstown. Closing that plant will eliminate nearly 1700 hourly jobs."

Taking up the closure with authoritarianism expert Sarah Kendzior, the AM Joy host asked about Trump's promises.

"There's a question of whether or not it's even realistic for my politician to promise to save manufacturing jobs in a global economy when it's just not realistic, or immigrants are the problem rather than automation" Reid suggested. "But I wonder, the way the jobs have been saved before, and they gave the auto industry a lot of money to save them. You have [Trump] saying we're going to save the coal industry when it dies. Why is that not the answer here?"

"I think he doesn't care," Kendzior shot back. "Trump doesn't care. He shouldn't have made those promises. He doesn't see people as workers, he sees them as props, and the same seems to be true about General Motors. Their workers have given up their lives for this company. relies on these economic incentives. this is a long-term problem, something you see going back to the Reagan era."

'We see Trump and his cohort taking the country apart, selling it for parts, without any kind of thought as to, you know, the devastation that they're incurring," she added. "They prey on people's pain like a vulture, and, unfortunately, I don't see that changing any time soon."