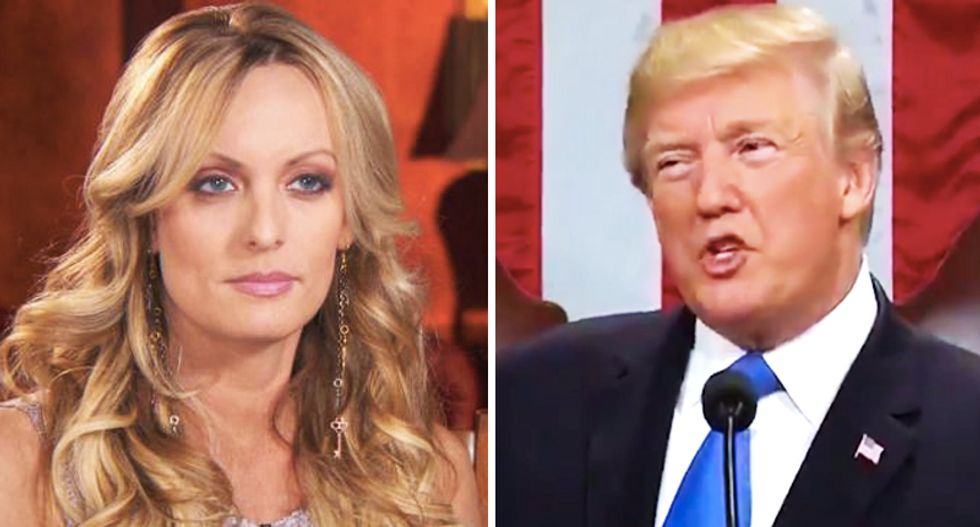 In an interview with ABC, the former attorney for adult actress Stormy Daniels claims that, were Donald Trump not the president, he would be subject to an immediate criminal indictment over the hush money payment paid to his client.

Speaking the ABC's Tom Llamas in an "The Investigation" podcast, attorney Keith Davidson said that, based on what Trump's former "fixer" Michael Cohen has confessed to, it was obvious that Trump was involved in the payoff that kept Daniels quiet before the 2016 election.

"The 'Access Hollywood' tapes hit like a bomb. I mean, from [former White House chief of staff] Reince Priebus it has been reported that Trump should get out of the race. I mean that that hit like a bomb," Llamas suggested.

"Do you think though looking now that the Southern District is investigating, do you think this is an impeachable offense?' Llamas pressed.

"You know that's above my pay grade," the attorney demurred. "You know impeachment is a political process. And I think just as a casual observer of the process and as it's going on the numbers just don't seem to add up."

"After all the questions they asked you for those 15 hours do you think the president would be indicted if he wasn't in the White House?" the ABC host asked.

"Well I think all you have to do is look at Michael Cohen's plea agreement and indictment," he elaborated. "I mean it's clear that they alleged that he was part of a criminal conspiracy to commit campaign finance laws. And by definition, a conspiracy must involve more than one person. And so who else could it be?"

You can read more of his comments here.