"AG Letitia James of New York is abusing her power by targeting the POTUS," the social media duo wrote on Twitter Tuesday night. "Using the Attorney General office as a weapon to deliberately target the President because of Political Bias should be against the Law and a violation of the Hatch Act!"

Trump subsequently retweeted Diamond and Silk, a seeming endorsement of their analysis of the Hatch Act, which says that most executive branch employees are prohibited from engaging in certain political activities. It is unlikely that James' activity would fall under the Hatch Act since she is the attorney general for the state of New York, rather than a federal employee covered by the Hatch Act. 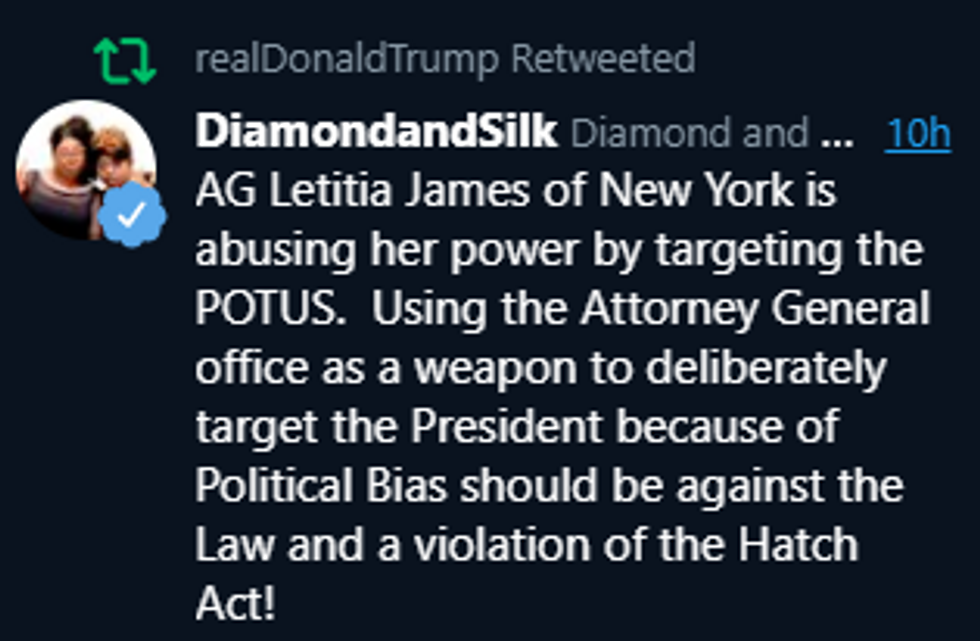 James this week subpoenaed Deutsche Bank and Investors Bank asking them for records on their dealings with the Trump Organization, which potentially opens up a new avenue of investigation against the president, who already faces probes from Congressional Democrats, special counsel Robert Mueller, and the U.S. Attorney's Office for the Southern District of New York.