Trump rages over ‘fake Melania’ conspiracies he blames on media: ‘Only getting more deranged!’ 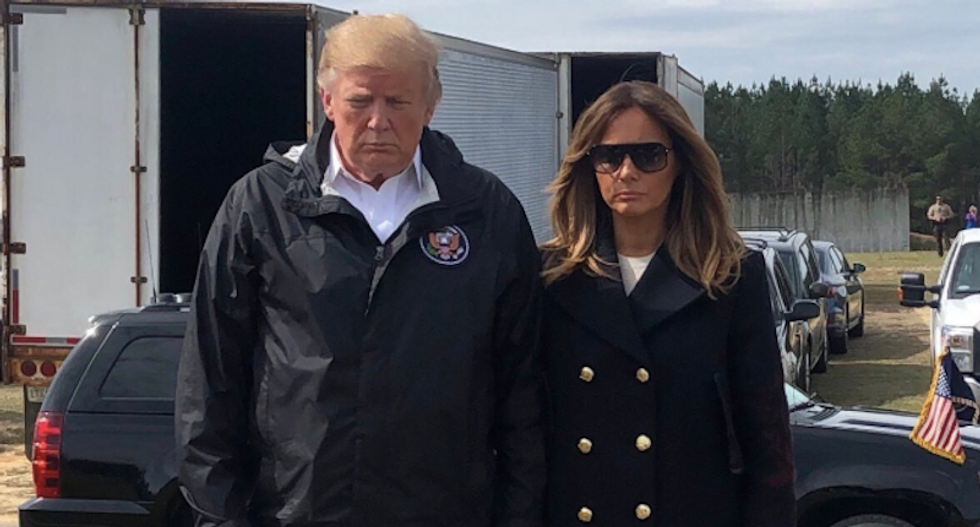 President Donald Trump accused the news media of doctoring photos to push a conspiracy theory about the first lady using a body double.

The theories have circulated since the early days of his presidency, and have been fueled by videos suggesting Melania Trump does not enjoy traveling alongside her husband, and gained new traction last week after the couple traveled to Alabama to inspect tornado damage.

The first lady's spokeswoman slapped back at panelists on "The View," who jokingly agreed one photo appeared to show Melania to be much shorter than usual, and with a different jawline, and Trump himself responded to the conspiracy theories Wednesday morning on Twitter.

"The Fake News photoshopped pictures of Melania, then propelled conspiracy theories that it’s actually not her by my side in Alabama and other places," Trump tweeted. "They are only getting more deranged with time!"

The Fake News photoshopped pictures of Melania, then propelled conspiracy theories that it’s actually not her by my… https://t.co/3HIN4F7uCS
— Donald J. Trump (@Donald J. Trump) 1552484678.0