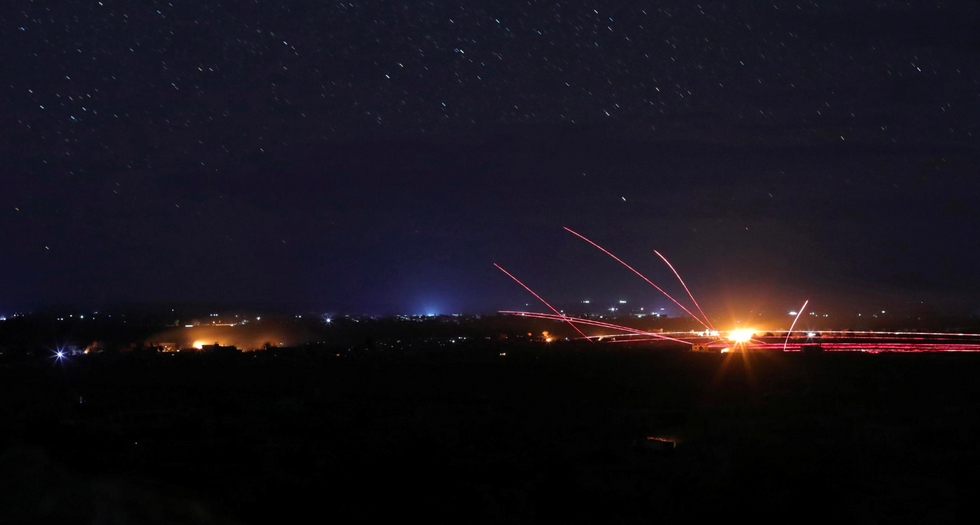 The U.S.-backed Syrian force closing in on the last patch of Islamic State (IS) territory near the Iraqi border expects a “decisive battle” on Sunday after advancing gradually, a spokesman said overnight.

Capturing Baghouz, an eastern Syrian village on the bank of the Euphrates River, will be a milestone in international efforts to roll back the jihadists, whose self-declared “caliphate” covered roughly one third of Syria and Iraq at its height in 2014.

But it is universally accepted that the group, which has been in territorial retreat since then and suffered its major defeats in 2017, will remain a security threat as an insurgent force with sleeper cells and some desolate pockets of territory.

Thousands of fighters, followers and civilians had retreated to a tiny cluster of hamlets and farmland in Deir al-Zor province as IS territory shriveled. Over the last few weeks, they have poured out, holding up the final assault.

The Syrian Democratic Forces (SDF) clashed with IS for nearly 18 hours inside Baghouz after extricating the remaining civilians and resuming their assault on Friday evening, Marvan Qamishlo, an SDF military media official, told Reuters.

“Our forces are advancing at a slow pace to avoid any problems since Daesh (IS) mined the area very extensively. Thousands of mines are present along the roads in that small patch,” he said on a hill overlooking Baghouz.

The jihadists still holed up there are mostly foreigners who are using tunnels to hide and launch surprise attacks, Qamishlo said.

“We expect a decisive battle in the morning.”

IS has lost virtually all its Syrian territory including Raqqa to a military campaign by Kurdish and Arab groups in the north supported by the United States, and also to the Syrian army, backed by Russia, Iran and Shi’ite Muslim militias.

Washington has about 2,000 troops in Syria, mainly to back the SDF against IS. President Donald Trump announced in December he would withdraw all of them, but the White House partially reversed itself last month, saying some 400 troops would stay.

After declaring a modern-day caliphate across large swathes of territory it had seized in flash offensives in Syria and neighboring Iraq, IS attracted thousands of foreigners to live under its rule and defend its realm.

Some 40,000 people bearing various nationalities have left the jihadists’ diminishing territory in the last three months as the SDF sought to oust the militants from remaining pockets.

The number of evacuees streaming out of Baghouz surpassed initial estimates of how many were inside. An SDF commander told Reuters on Thursday that many of the people leaving the enclave had been sheltering underground in caves and tunnels.

The SDF has previously estimated several hundred IS insurgents to be inside, and the U.S.-led international coalition supporting the SDF has described them as the “most hardened” militants.

The SDF’s final advance was slowed for weeks by the jihadists’ extensive use of tunnels and human shields. It has not ruled out the possibility that some militants have crept out, hidden among civilians.

The SDF commander-in-chief said on Thursday that his force would declare victory within a week. He was later contradicted by Trump, who said U.S.-backed forces had retaken 100 percent of the territory once held by IS