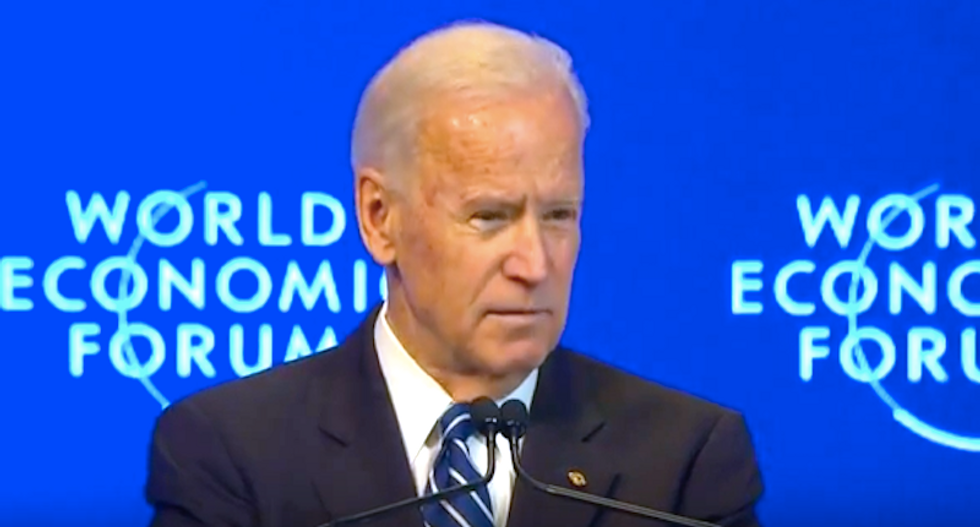 Former Vice President Joe Biden, who is weighing a 2020 presidential bid, will find a friendly audience on Tuesday when he addresses a meeting of the International Association of Firefighters in Washington.

Biden has a decades-long relationship with the IAFF, a labor union that represents more than 300,000 workers, and IAFF President Harold Schaitberger has urged Biden to jump into the White House race.

An early endorsement from the union would give Biden extra momentum in a crowded field of more than a dozen Democrats jockeying for the party’s presidential nomination. It could also be an exception this election cycle.

With so many labor-friendly Democratic candidates in the mix, unions expect to have increased clout. But there will be stiff competition to get their formal backing, and endorsements may come later than in past cycles - or not at all, union leaders said in interviews.

“We aren’t rushing in making a decision this time around because we believe the field is so strong and we want to give people an opportunity to answer questions,” said Lee Saunders, the president of American Federation of State, County and Municipal Employees (AFSCME), which represents more than 1.6 million public employees.

Unions are a force in Democratic politics and endorsements can be a powerful force in primaries and general elections, marshalling the support of millions of union members across the country.

If labor groups hold off on endorsing, however, it could mean less organized support from their members for any specific candidate. Those efforts often include making phone calls and knocking on doors to educate and mobilize voters.

Randi Weingarten, the president of the American Federation of Teachers (AFT), which has about 1.7 million members, said the union’s executive council met in February to finalize an endorsement process designed to maximize local engagement that will be presented to members this month.

The Service Employees International Union (SEIU), with 1.9 million members, will bring back the “walk a day” program it used in the 2007-2008 presidential campaign and invite White House contenders to spend a day at work with one of its members. Participation in the program will be among the criteria the union uses as a baseline for supporting candidates, an official said.

Saunders and Weingarten said they could foresee a scenario in which their memberships are divided among several qualified candidates and the national unions do not endorse during the primary at all.

The AFT was the first national union to endorse Hillary Clinton in June 2015, early in her Democratic primary contest against Senator Bernie Sanders. AFSCME endorsed her in mid-October of that year, and SEIU endorsed Clinton the next month.

The IAFF did not endorse a 2016 presidential candidate after Biden decided not to run.

In Iowa, which holds the first presidential nominating contest, Clinton defeated Sanders by less than one percentage point but won union households by 9 percentage points. AFSCME said hundreds of its members there knocked on more than 8,000 doors.

In the week before the November 2016 contest against now President Donald Trump, the SEIU mobilized tens of thousands of members and volunteers to knock on 1.4 million doors in swing states on Clinton’s behalf.

Weingarten said even if an AFT endorsement is delayed, or comes after the primary, the union will encourage its members to get involved with candidates they support.

“We’re not saying to people don’t get involved until we endorse,” Weingarten said.