The View's Meghan McCain calls out Kellyanne Conway for risking her family for Trump: 'Was it worth it?' 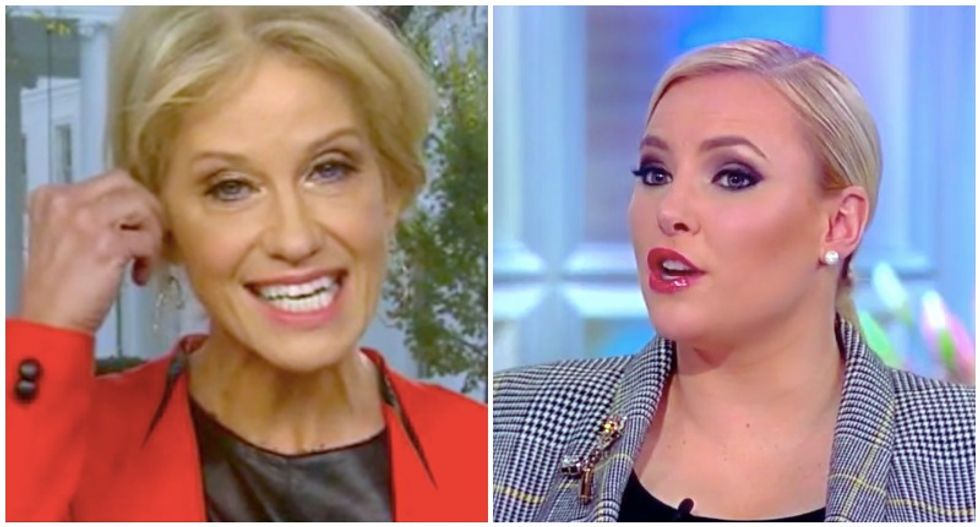 "The View" took a look at George and Kellyanne Conway's marriage, and co-host Meghan McCain simply couldn't understand how they stayed together.

Conservative attorney George Conway has been increasingly critical of President Donald Trump, whom Kellyanne Conway serves as a White House senior adviser, and McCain said the couple's marriage made no sense from the outside.

"I feel bad for their kids," she said. "I also think that they just have a really bizarre relationship, and I've said it on this show before, I couldn't be married to someone who was publicly slandering my job and my life every day, and my boss."

Kellyanne Conway was forced to respond to her husband's criticism of the president, which she insists she does not share, and McCain wondered whether her White House service was worth the apparent strain on her marriage.

"I just want to know if it's worth it for them, working in the White House for President Trump during only possibly a four-year term, we don't know what's going to happen, if he's going to get re-elected," McCain said. "Was it worth it to rip your family apart for this? Because it wouldn't be for me."