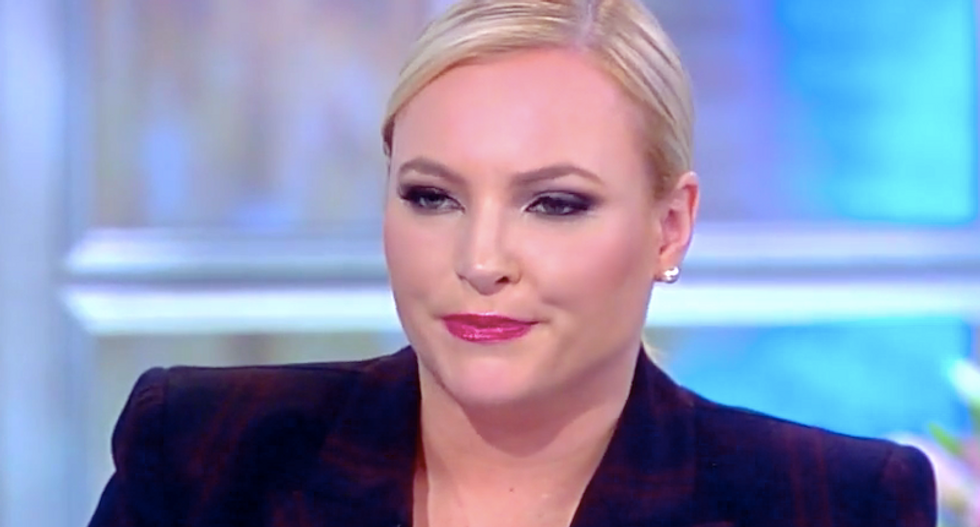 President Donald Trump spent the weekend watching televisions and venting his grievances on Twitter, including yet another attack on the late Sen. John McCain.

The senator's daughter Meghan McCain responded in kind, and then Monday on "The View" expressed pity that the president seemed to have nothing better to do with his time than watch TV and rant about what he'd seen.

McCain has routinely defended her father from the president's insults, but she expressed pity for what those attacks demonstrated.

"All of us have love and families, and when my father was alive up until adulthood, we would spend our time together cooking, hiking, fishing, cooking, really celebrating life, and I think it's because he almost died," McCain said. "I just thought, your life is spent on weekends not with your family, not with your friends but obsessing, obsessing over great men you could never live up to. That tells you everything you needed to know about his pathetic life."

The late senator was known for his friendship with fellow Republican Sen. Lindsey Graham, but McCain was stonily silent at the mention of the Trump-backing lawmaker's name.

"On top of that, Lindsey Graham," said co-host Joy Behar, "I have a bone to pick with him because Lindsey Graham -- I know he's your godfather or something."

McCain declined to comment, but asked Behar to continue.

"Joe Lieberman No. 1 and Lindsey No. 2, is that about right?" Behar said, as McCain grimaced and shook her head.

"He was in the room," joked host Whoopi Goldberg, who returned from a lengthy illness.

Behar shamed Graham for turning against his late friend and defending the president's insults.

"Lindsey Graham is making a huge error right now," Behar said, "in believing that this man will ever ever back him up, because Lindsey is crawling to the president so that he can get re-elected, and Trump is acting like a sadist towards Lindsey Graham, putting him between a rock and a hard place and saying, okay, bow to me even more now."