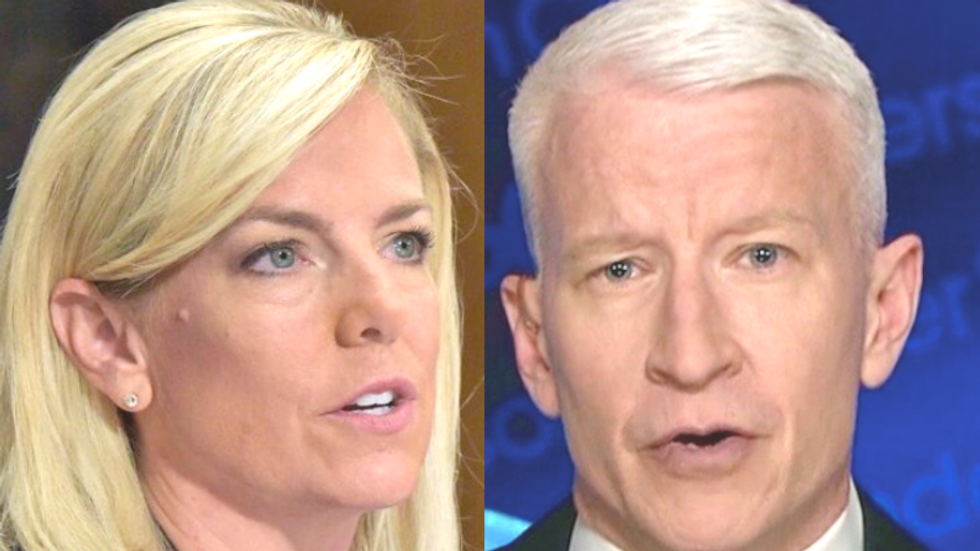 Cooper railed against Nielsen after she failed to adequately answer questions about migrant kids separated at the border before Congress.

Nielsen failed to answer how many children were separated at the border and failed to say how many have yet to be reunited with their families.

"[She] said she does not know how many immigrant children are in custody after being apprehended along the Southern Border. So the head of the department responsible for detaining children doesn't know how many children she's actually detaining," Cooper said.

"If you were the point person in charge of kids in custody, some trying to be reunited with parents, some sick, kids of all ages, don't you think that's a number you would carry around in your head with you every single day?" Cooper said.

"Isn't that a number you would check on pretty much every day to see how are those reunifications going? Children, some of whom the U.S. Is responsible for separating from their parents as part of U.S. policy," Cooper added.

Cooper explained that she should have been prepared since she knew that she was speaking before Congress.

"She says she doesn't know how many kids are still in custody. It was a scheduled hearing. And I point that out that it wasn't a surprise question yelled by a reporter, wasn't a sudden meeting she wasn't prepared for, wasn't a pop quiz. So it's hard to imagine why Secretary Nielsen would not have that number at her fingertips," he added.

Cooper said, "Keeping them honest, not knowing how many kids you've got locked up, it's part of a pattern for Secretary Nielsen and the administration of not being forthcoming about their policies at the border."