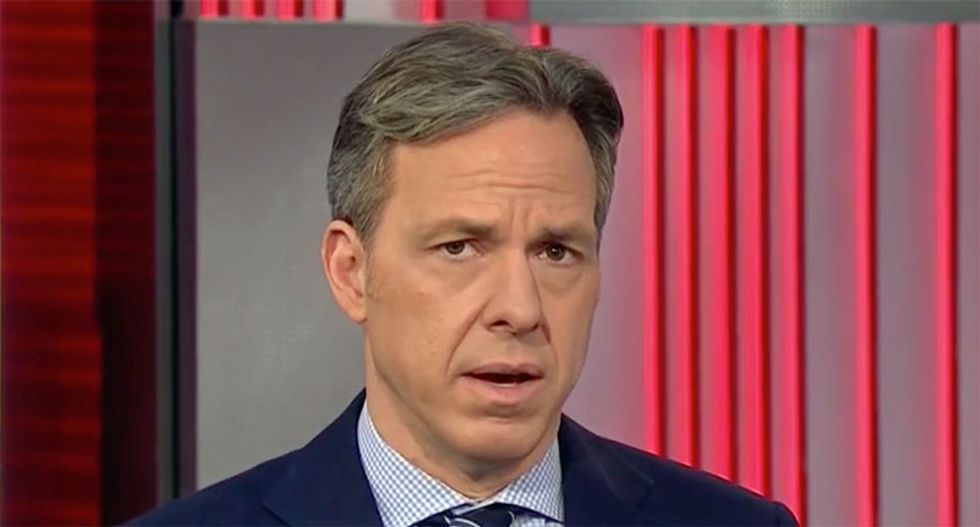 On Tuesday, a panel hosted by CNN's Jake Tapper shamed President Donald Trump for his disgraceful comments made about the late Senator John McCain (R-AZ).

During a press conference with Brazilian President Jair Bolsonaro, the president continued his attack on McCain.

"I was never a fan of John McCain and I never will be,” Trump said.

McCain passed less than a year ago at age 81 after a battle with brain cancer.

"Literally his wife, his widow and his children, they are still mourning. It was just seven months ago. Why is this happening?" Tapper asked his panelists.

Conservative commentator Amanda Carpenter suggested that Trump was looking to McCain to pin his potential 2020 loss on.

"I think he is speaking from a place of insecurity," she said. "He is looking at 2020 and I think everyone knows if he loses it will be because of a lack of legislative achievements and the Russia investigation.Who can he pin that blame on?"

"I think it is one of the president's great character flaws. I think it's atrocious. Let the man rest in peace," Republican Mike Rogers said.

CNN political analyst Kristen Powers said that Trump did it to prove that he is powerful.

"I think he does this to demonstrate that he has everybody in the Republican Party under his thumb and that there's nothing they can do about it," Powers said.

The conversation then shifted to Trump next attack: George Conway’s, the husband of Trump’s White House counselor Kellyanne Conway.

"It is such pettiness," Democratic strategist Karen Finney said. "How far are you willing to compromise your principals in order to serve this man? Given that he doesn't care about anyone other than himself. We learned that over and over again."