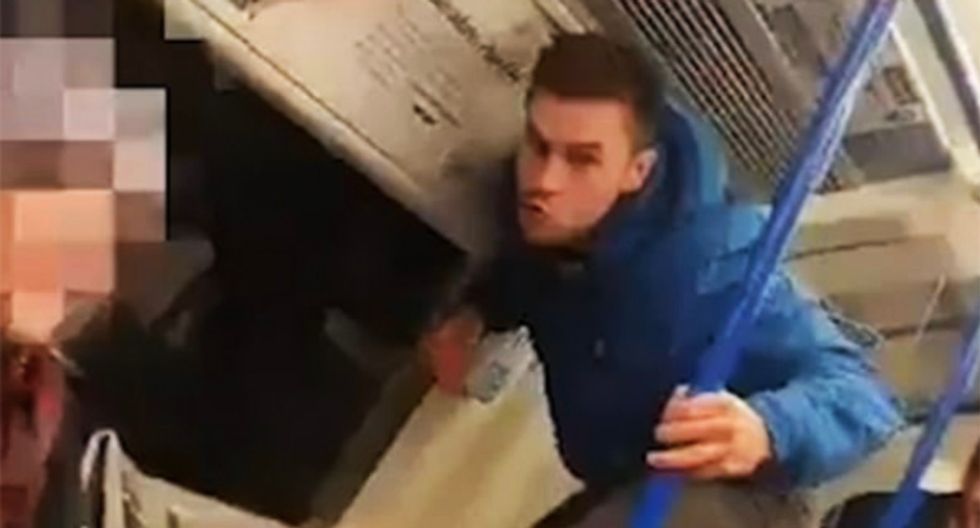 According to a report from VT, six white men taunted a black man on a London underground train, making monkey noises while laughing and drinking.

The ugly racist assault was filmed and posted online by Mohammed Dirir, who wrote on Instagram, "Racism is still alive. To all my people of colour around the world, stay strong. Let's end this epidemic once and for all."

In the video, one young man can be seen swinging from the poles and jumping on seats as he made the noises while his friends looked on and laughed.

A friend of Dirir also posted the video to Twitter, writing: "Six white racist individuals started to make monkey noises on the train to my friend because he is black, one of the individuals then starts to swing around and coming up close. They need to be identified and punished, being drunk is NOT an excuse."