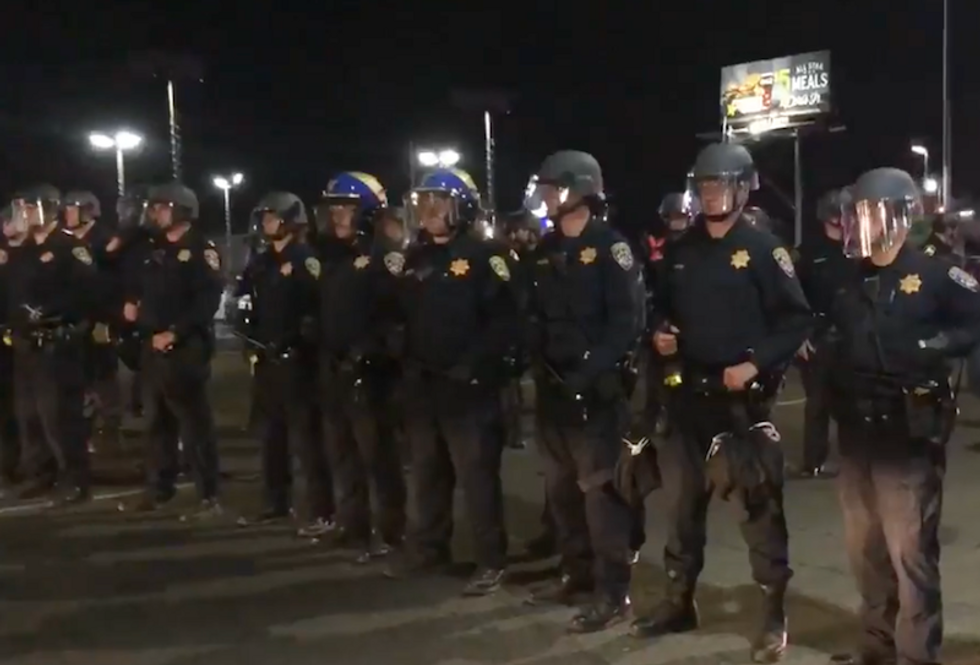 Riot cops at the Stephon Clark rally in Sacramento/Screenshot

Protesters took to the streets in an East Sacramento neighborhood Monday night to protest the death of Stephon Clark.

“The East Sacramento location was chosen because it is one of the wealthiest neighborhoods in the City of Sacramento and home to many influential leaders in city and state government,” said The Table Sacramento, according to the Sacramento Bee.

“I support any peaceful protest by a citizen of Sacramento,” said neighborhood resident Dylan Holcomb. “I think if going to make a statement you’ve got to do it in a fairly congested area.”

Clark was shot by police on March 18, 2018. It was announced Monday that the officer that shot Clark would not be prosecuted.

At least one person wearing a "Make America Great Again" hat approached the crowd and began speaking to them. Tensions flared, and the man began screaming "Do not touch me!"

"No one is touching you, sir," Sacramento Bee reporter could be heard off camera. "We are with the Sacramento Bee, and we just want to know what happened."

He said that people were threatening a man named Dan Iverson, who said that he "owns property" in the neighborhood. He said they came down to "check it out" and people walked up to him to threaten him. Iverson claimed that they took his hat and harassed him and his daughter. 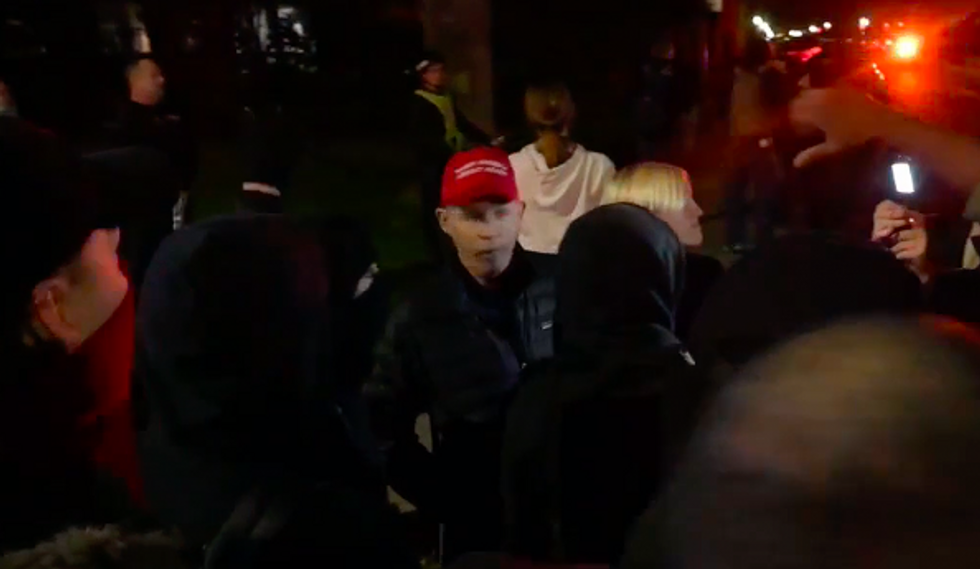 "Why would I come down here wearing the hat?" Iverson said to the reporter. "To see what would happen."

He claimed that he wanted to show his daughter what it was all about, but admitted that he intentionally wore the hat to "see what would happen."

"If you do not disperse you may be subjected to lethal and non-lethal methods, including chemical agents," police could be heard repeating on a megaphone.

Sacramento Bee reporters said they would return once they could swap out their batteries: