'We are seeing the degradation of conservatism': GOP strategist mocks speakers at 2019 CPAC 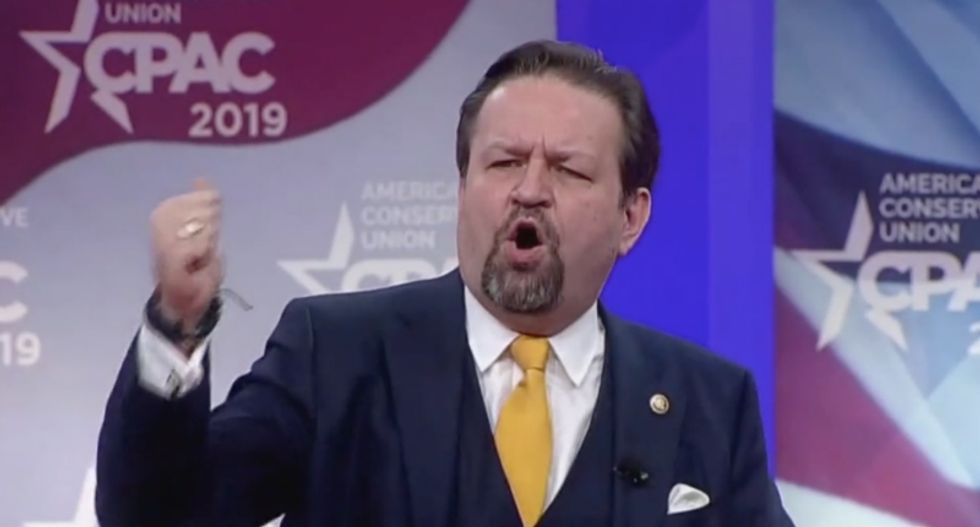 Republican strategist Evan Siegfried told MSNBC on Friday that the 2019 Conservative Political Action Conference was a shadow of its former self and represented nothing less than the "degradation of conservatism", and then in a voice dripping with sarcasm, he mocked the list of speakers at this year's conference.

"To listen to them, you'd think that this country is one election away from a socialist takeover," host Chris Jansing said, opened the segment with some mockery of her own as she aired clips of the conservative movement's leading intellects, such as Sebastian Gorka who warned the audience that liberals were coming for their hamburgers and Freedom Caucus leader Mark Meadows (R-NC) who claimed progressives were going to "get rid of all the cows."

"I'm a conservative, I've been to CPAC," Siegfried said. "What we're seeing right now is the degradation of conservatism."

"CPAC used to be where we'd go out and have conservative intellectual conversations," Siegfried said of the conference. "Now we are treated to intellectual yammerings of such heavyweights as Jacob Wohl, Charlie Kirk, Candace Owens probably doing a seminar about why Hitler was misunderstood. What's next? Mel Gibson talking about why the Jews are bad?"